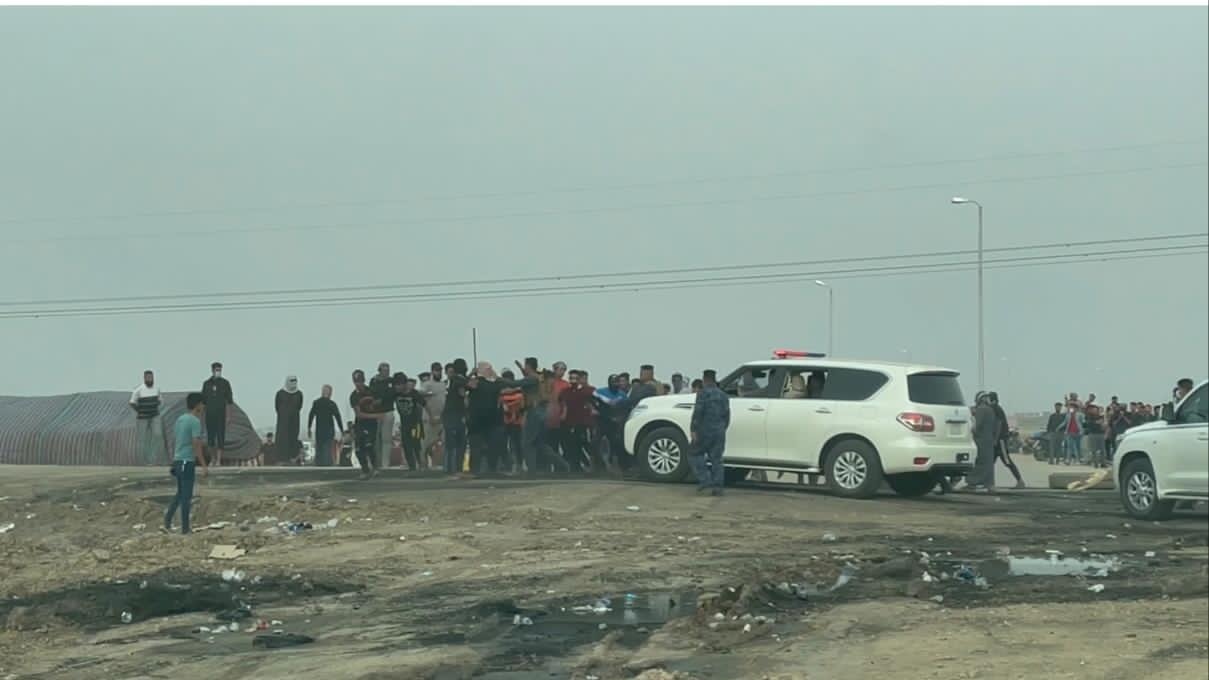 Shafaq News / A security source in Dhi Qar governorate stated, on Tuesday, that negotiations efforts with the protesters in front of the Dhi Qar oil refinery have failed.

The source told Shafaq News Agency that the governor of Dhi Qar, Abdul Ghani Al-Asadi tried to negotiate with the protesters to remove their sit-ins from Dhi Qar oil refinery but they refused to move until being appointed.

Al-Asadi returned to the Governorate’s headquarters in the Imam Ali military base.

Demonstrators marched the streets of Dhi Qar today, protesting the lack of job opportunities for graduates.

Dhi Qar Governorate has witnessed widespread protests, and is home to more than two million people. Many of its residents have been protesting for years against mismanagement, lack of basic public services and job opportunities.

What happened at the Dhi Qar oil refinery?