National condemnations of the attack on Kurdish party 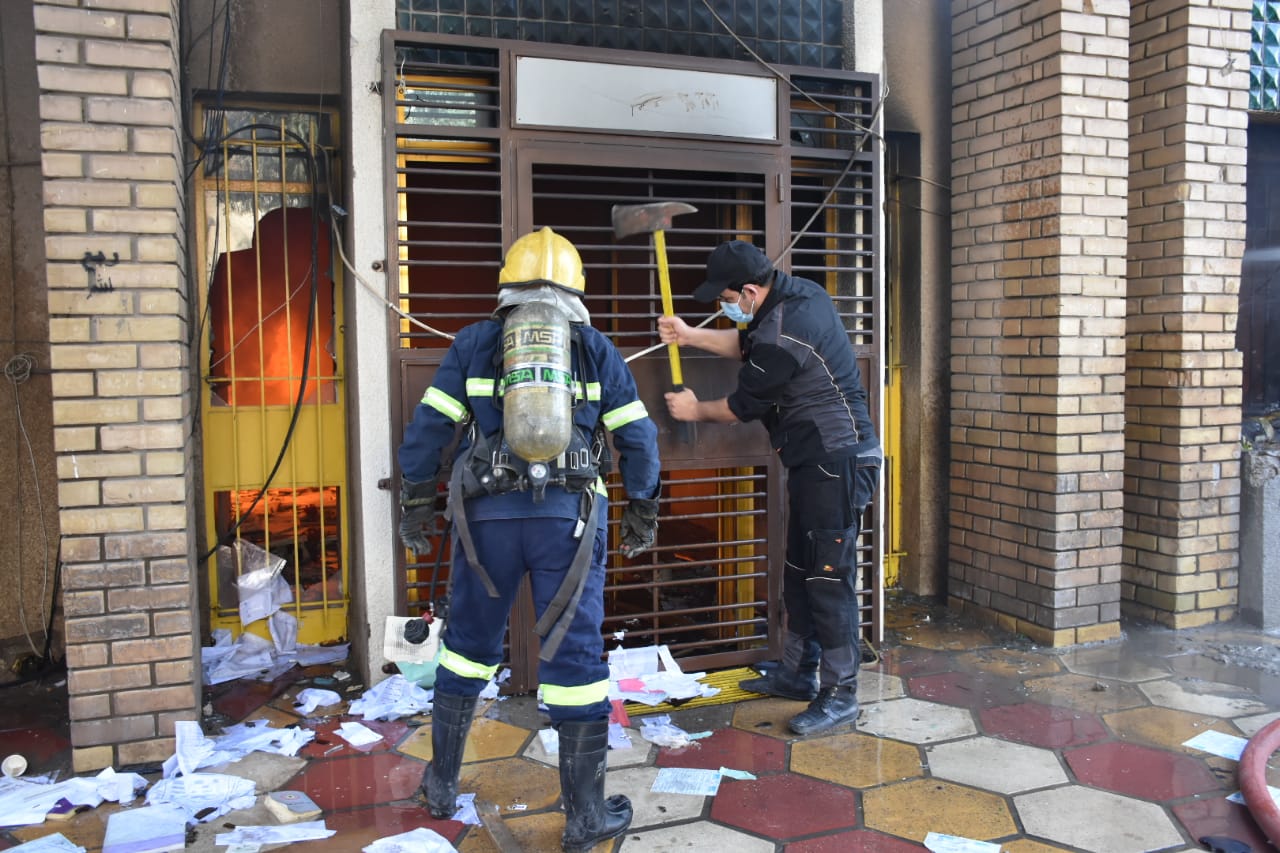 Shafaq News / Several parties and political forces condemned the attack on the headquarters of the Kurdistan Democratic Party in Baghdad, and the “insult” to the regional flag by a group of supporters of Popular Mobilization Forces (PMF).

The Iraqi Presidency condemned the targeting of the headquarters of the Kurdistan Democratic Party in Baghdad describing those who carried out this act as an "undisciplined elements."

The presidency expressed its "firm support to the freedom of expression within peaceful frameworks," but at the same time it condemned "such acts that threaten stability and societal peace in Iraq."

The presidency stressed the government to “open an urgent investigation and holding the perpetrators accountable, especially since PMF announced that it is not responsible for the burning acts today.”

In the same context, The Ministry of Peshmerga in the Kurdistan Regional Government condemned the burning and the “disrespect” for the Kurdistan flag, which is a “symbol of the Kurdistan nation”.

"The attack on the headquarters of any party and then underestimating the Kurdish flag is a direct message, which requires all political parties in the Kurdish arena to unify and give one firm stance to protect the region and face current and future dangers.”

The statement called on the federal government and democratic forces to conduct serious investigations in this regard and to prevent such violations.”

The head of the National Coalition, Iyad Allawi, described the "assault" on public and private property as "forbidden."

Allawi tweeted, "In this critical situation, we need to act in wisdom and moderation, as the country does not handle with more conflicts, especially of those who sacrificed against dictatorship and ISIS."

On his part; The Kurdistan Democratic Solution Party condemned the incident which “represents a threat to the democratic process in Iraq".

In a statement, the Party considered “the acts of sabotage reflect the government's inability to enforce the law and protect the citizens and give the prime minister more responsibility for preserving pluralism and democracy.”

In turn, Haidar Al-Abadi's Victory Alliance condemned the attack saying "PMF and the Peshmerga fought side by side against terrorism with the rest of our armed forces, and it is not wise to use them for political or electoral agendas."

For its part, the Iraqi Islamic Party described the burning of the headquarters as "an unacceptable act."

In a press statement, the party called on "all political forces and government institutions to work hard for not repeating these events," adding, "If Baghdad is not safe for the Iraqis, then how we will protect foreigners and guests of Iraq? What are the benefits of these actions? "

MP Faiq Al-Sheikh Ali said, “the burning is the reaction of Shiite militias when a disagreement occurs with other components."

Scores of PMF protesters stormed this morning, the fifth branch of the Kurdistan Democratic Party, in Baghdad, as videos rang out increasingly angry demonstrations over the recent statements of the Kurdish leader, Hoshyar Zebari.

Videos showed the protestors removed the Party’s flag from its main flagpole and burned it, they also destroyed the contents of the headquarters while the security forces did not arrest any involved.

In an interview, Zebari had called on the Iraqi government to “clean up” the Green Zone from "PMF militias" factions, due to the repeated attacks on diplomatic missions.