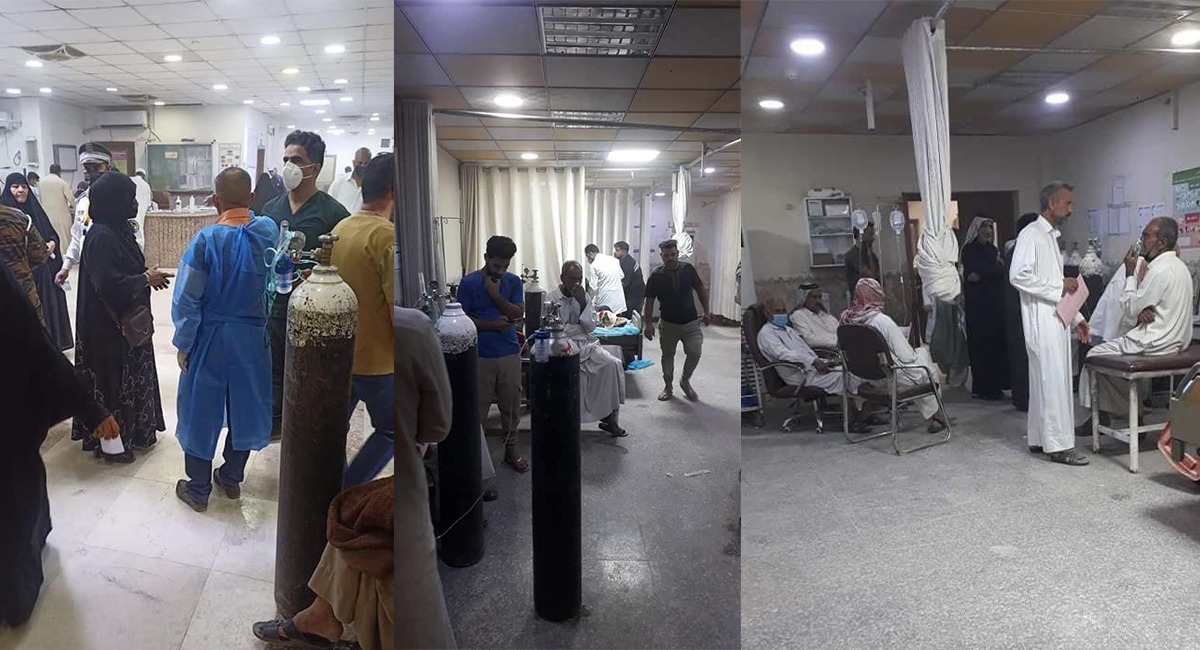 Shafaq News/ Hundreds of Iraqis are seeking medical care after a sandstorm in the governorate of Najaf, choking throats, clogging eyes, and afflicting asthmatic and elderly patients in particular.

"The storm was tough. We received hundreds of patients even though the storm was anticipated," Najaf's health directorate said in a press release on Thursday, "elderly, asthma, and chronic patients were very susceptible."

The hospitals of the governorate had received more than 600 hundred patients by noon, according to the press release.

"Yesterday, the head of the governorate's health directorate Ahmed al-Asadi and his deputy Alaa al-Kaabi issued preemptive measures to prepare for the storm," the directorate added.

No mortality cases have been reported so far.

Demonstrations in Najaf against the local government