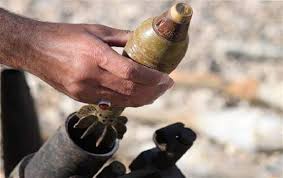 A source told Shafaq News Agency that the security forces rushed to the territory, established a cordon around the site, and launched a search campaign to locate the source of the fire.

"No material or human damages from the attack were reported," the source said.