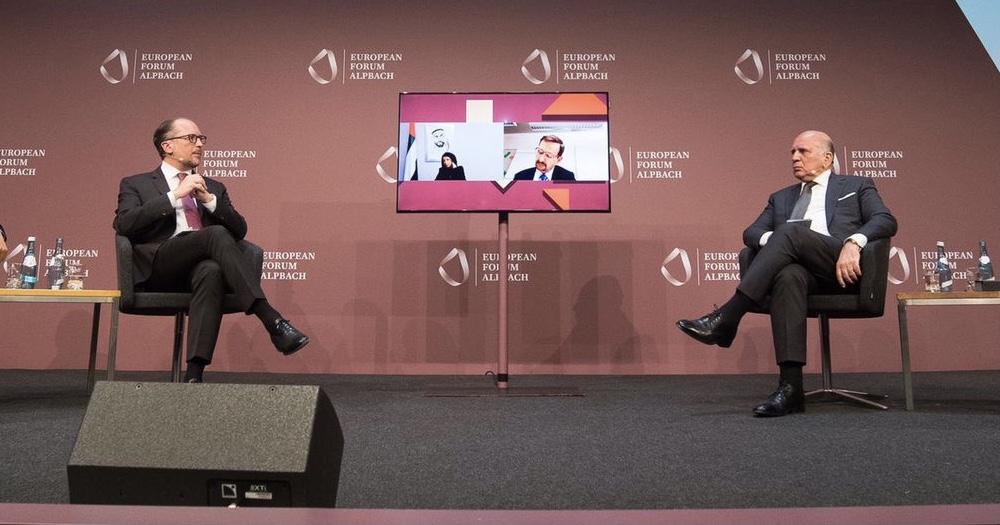 Shafaq News/ On Thursday, Iraq's Minister of Foreign Affairs, Fuad Hussein, presented the future strategic vision of the Baghdad conference for cooperation and partnership, which was held this week.

The Minister's speech comes during his participation in the Alpbach Forum for Security and Cooperation,

According to a statement by the Ministry, said in a statement, Hussein participated in the Alpbach Forum, which was held in western Austria yesterday, in the presence of Austrian Foreign Minister Alexander Schallenberg, Arab ministers, and the former Secretary-General of the Organization for Security and Co-operation in Europe (OSCE).

According to the statement, the participants discussed "the principal axes to achieving security and peace, sustainable economic development in all sectors, and reconstruction in the Middle East through cooperation and joint action between the main actors in the region, and the role that the European Union, the OSCE and the United States.

Hussein referred to the Iraqi government's efforts to "open channels for dialogue with the active forces in the region to put an end to the differences among them and not to use Iraq as an arena for settling scores."

The Minister talks about bringing all the parties together "at one dialogue table to solve the outstanding problems and discuss common interests, cooperation, and partnerships which contribute to drying up the sources of terrorism and eliminating it."

Minister Hussein touched on the efforts of the Iraqi government to hold the Baghdad Conference for Cooperation and Partnership on August 28, where all leaders agreed to support Iraq politically, economically, and securely.

He added that the leaders pushed Iraq "to take its real role as an influential player in the Region."

Hussein noted that Iraq needs the efforts of the international community, the European Union, and the allied countries by providing advice and expertise in training Iraqi forces and exchanging intelligence information.

In turn, the Austrian Foreign Minister valued the Iraqi role in the regional arena and considered this "the beginning of a new phase of stability, and coexistence among the peoples of the region."

He expressed his country's willingness to play a role alongside Iraq to build a more stable Middle East.