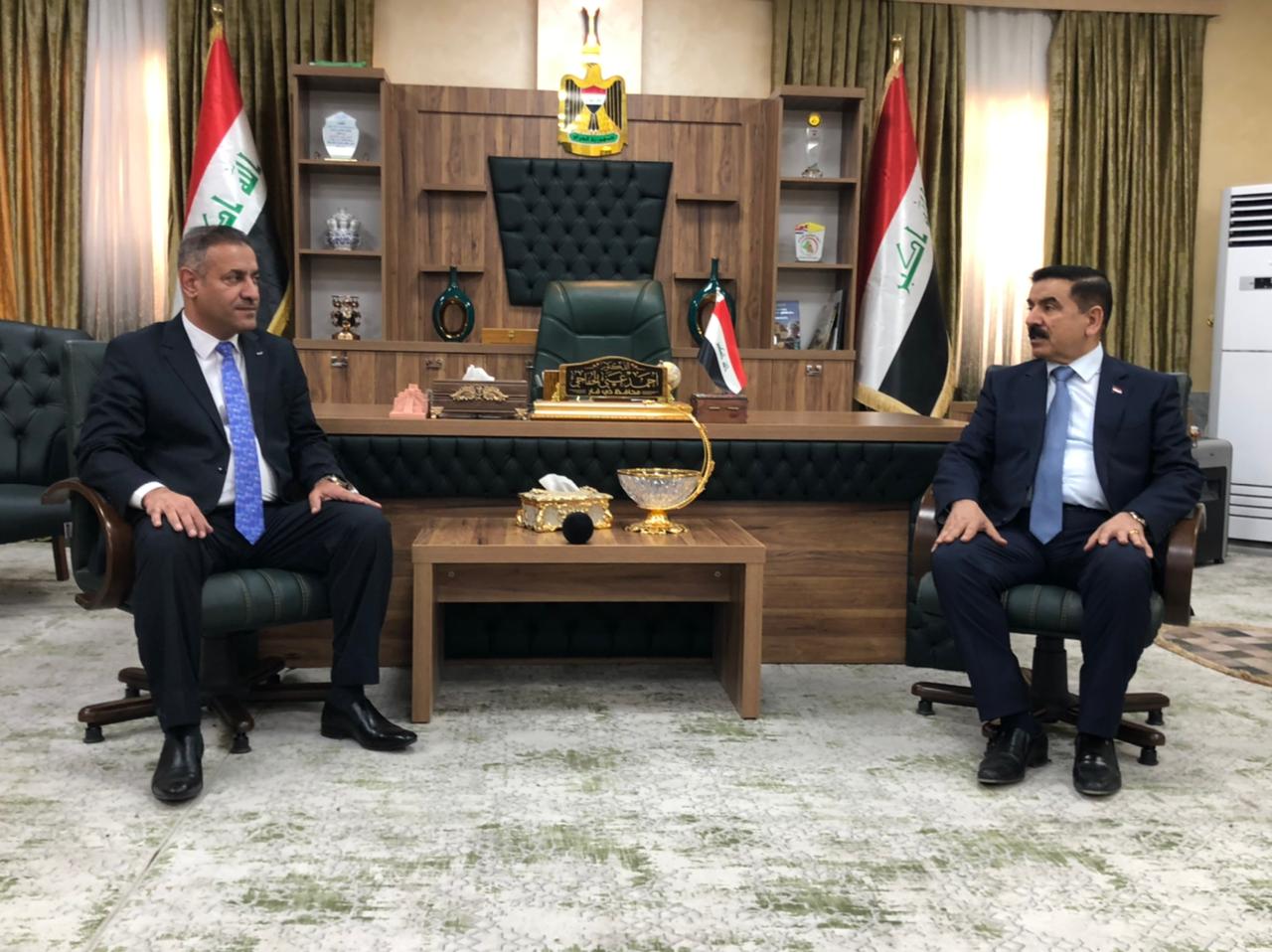 Shafaq News/ The Iraqi Minister of Defense, Juma Inad, stressed the rejection of the government and security authorities of using force against the demonstrators.

Inad embarked on a visit to the southern governorate earlier today to inspect military units stationed there.

"The aim of this visit is to check on our units in the governorate and get first-hand knowledge on the plans devised to confront any threat."

"We instructed all the Commanders, officers, and ranks to deal with the demonstrators fraternally. We do not accept assaulting them whatever was the cost, reason, or excuse."

The Iraqi capital, Baghdad, was ravaged by furious protests culminated by clashes between the demonstrators and law enforcement forces resulting in two deaths and scores of injuries.

A statement of the Iraqi High Commission for Human Rights (IHCHR) said, "the clashes that took place in al-Tahrir Square in Baghdad resulted in the Martyrdom of two demonstrators and the injury of 20, many of whom are in a critical condition at the moment. Moreover, 120 of the security troops were injured."

"Many demonstrators were arrested. All of them were released later except for 11 who are still in detention, and they were referred to Judiciary. Two caravans of the law enforcement forces were burnt. They used live rounds and tear gas, while the demonstrators threw rocks and used sharp instruments."

"Since the beginning of the demonstrations and until the moment, the Commission has demanded refraining from using excessive force and held more than 500 workshops to security forces and supporting groups on dealing with demonstrators and protecting them."

The Commission called on the Commander-in-Chief of the Armed Forces to take serious measures against those who used live ammunition and excessive force, refer them to the Judiciary, and release all the those arrested because of demonstrating."

IHCHR reiterated its calls to the demonstrators to renounce those who want to adrift the demonstrations away from its peaceful approach, urging them to continue to practice this right by cooperating with the security forces and preserve public and private property.

Two demonstrators were killed and dozens injured during violence at a rally in Baghdad where thousands gathered to demand accountability for the murder of prominent Iraqi activists and protesters.