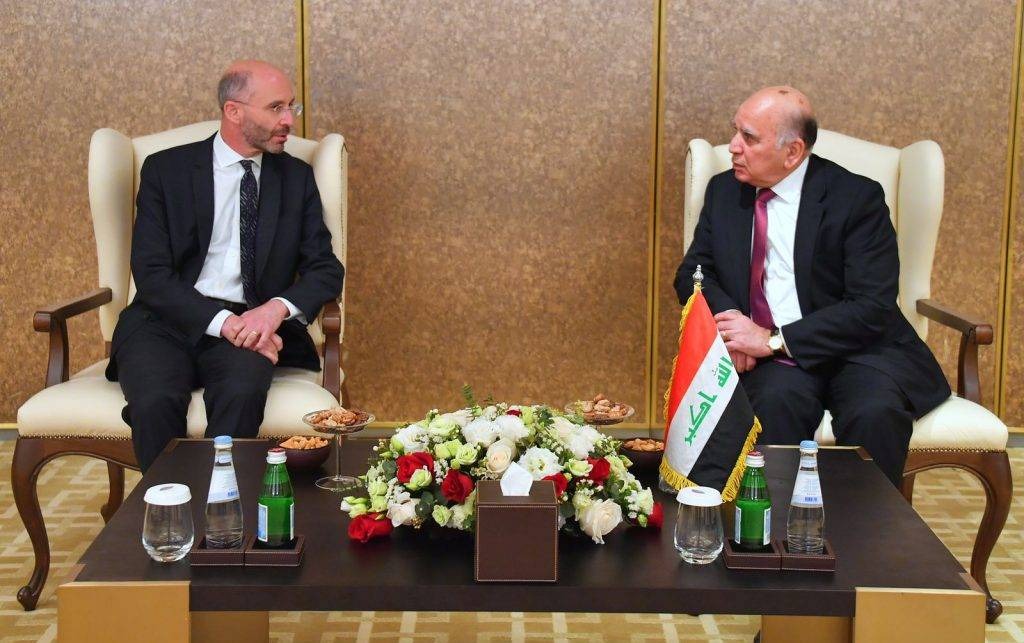 Shafaq News / The Iraqi Minister of Foreign  Affairs, Fouad Hussein, said that Iraq has been following a policy of de-escalation to achieve stability and security in the region.

The Ministry said in a statement that Hussein met with the U.S. special envoy to Iran, Robert Malley, on the sidelines of the 20th Doha Forum.

The statement said that the two sides discussed the latest political and security development in the Region, the US-Iranian relations, and the Vienna talks.

For his part, Mr. Malley indicated that the Vienna talks were "good", expressing appreciation for Iraq's role in this regard.

On March 26, the Minister said that Iranian officials have informed him that the Vienna talks have reached their final stages, noting that an Iranian nuclear deal is in Iraq’s interest.