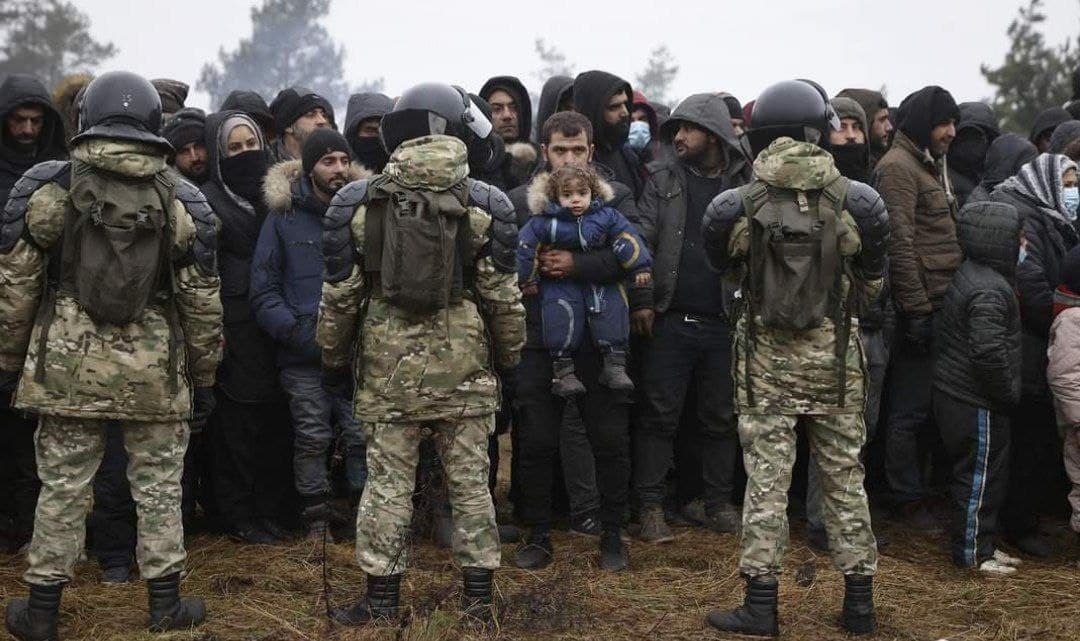 Shafaq News/ Iraqis are victims of the political conflict between Belarus and the European Union (EU), Iraq's Minister of Migration Evan Faiq Jabro opined on Wednesday, and the EU ambassador to Iraq said he rejects using violence against the Iraqi citizens stranded at the Belarusian borders with EU countries.

According to a readout issued by the Ministry, the meeting discussed the bilateral ties between Iraq and the European Union, the issue of the Iraqi migrants stranded at the Belarusian borders, and their struggle in the trip.

"Iraqis at the borders are victims of the conflict between the European Union and Belarus," Jabro said, "the Ministry, International organization, and the EU shall cooperate to seek humanitarian solutions for this crisis."

"The government halted all the direct flights to Belarus to protect the Iraqi families from the traffickers' greed," she continued, reiterating the Ministry's rejection for the compulsory reparation of all the Iraqis outside the country.

For his part, the EU diplomat commended the efforts made by the Government and the Migration Ministry in the file of the illegal migration to Europe, expressing rejection for deploying violence against refuge seekers.

The Iraqi Ministry of Foreign Affairs registered 170 migrants wishing to return from the Belarusian-Polish borders.

Foreign Ministry spokesman Ahmed Al-Sahaf said in a statement, "We have 170 people wishing to return voluntarily to Iraq and have given us 55 passports so far."

He indicated, "our diplomatic staff is now completing logistical coordination with the airport authorities in Minsk to operate the exceptional flight and return the stranded."

The government of Iraq said Monday it will begin arranging the first repatriation flight for citizens wishing to leave Belarus.

"Iraq will carry out the first flight for those who wish to return voluntarily on the 18th," he told Iraqi television.

Iraqi Airlines suspended its service between Baghdad and Minsk in August. However, it has now been authorized to operate one-way flights from Minsk to Baghdad in response to those who found themselves stuck at the border, according to an airline spokesperson.