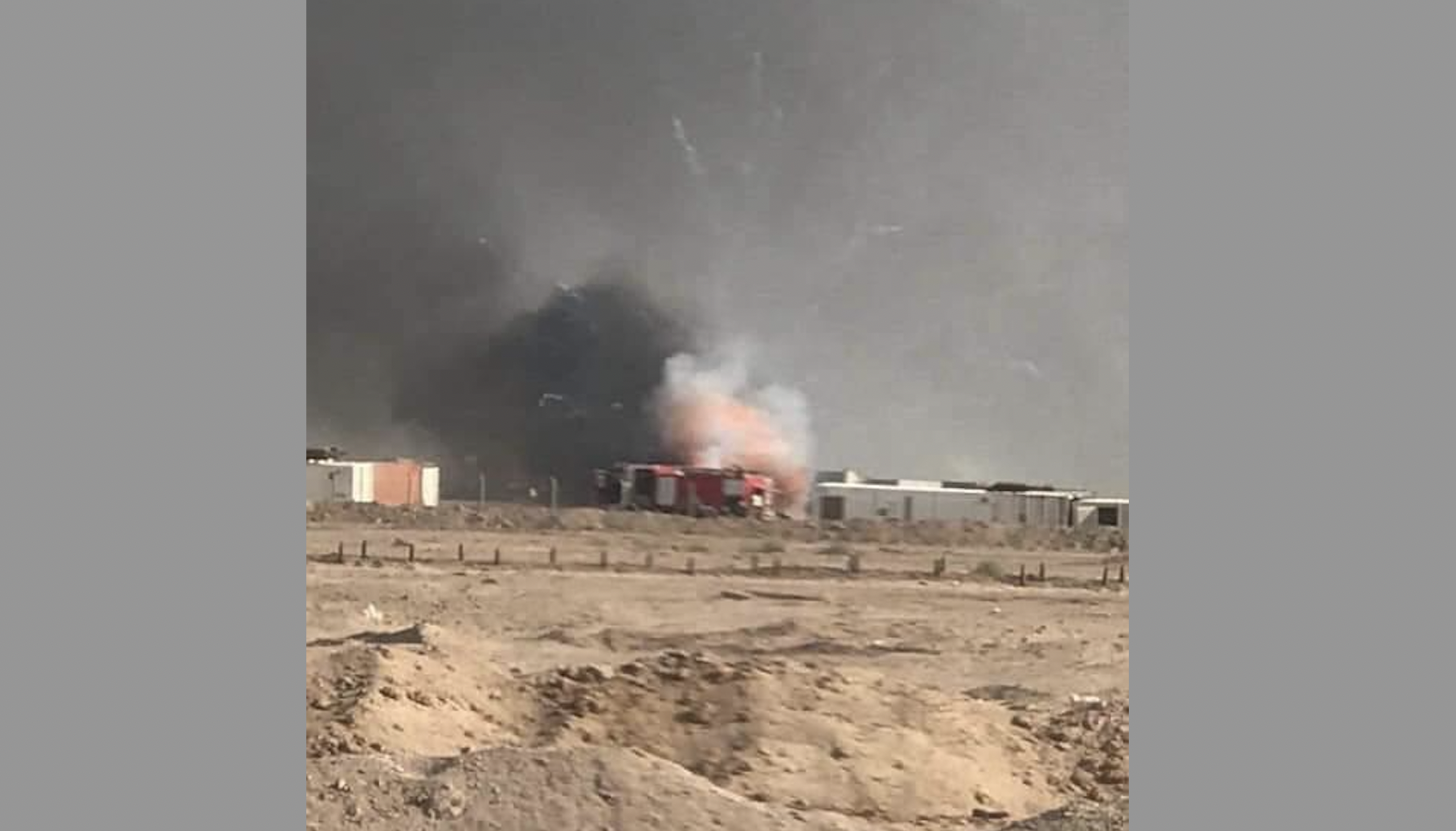 Shafaq News/ A source in the Civil Defense reported that massive explosions occurred today in an ammunition depot on the outskirts of Najaf, south of Iraq.

The source told Shafaq News Agency that Civil Defense teams rushed to the site of the fire caused by the explosion.

He added that the explosions are continuing, and the flames are reaching more war equipment.

The source added that the warehouse belongs to the Imam Ali brigades, which are affiliated with al-Hashd al-Shaabi.