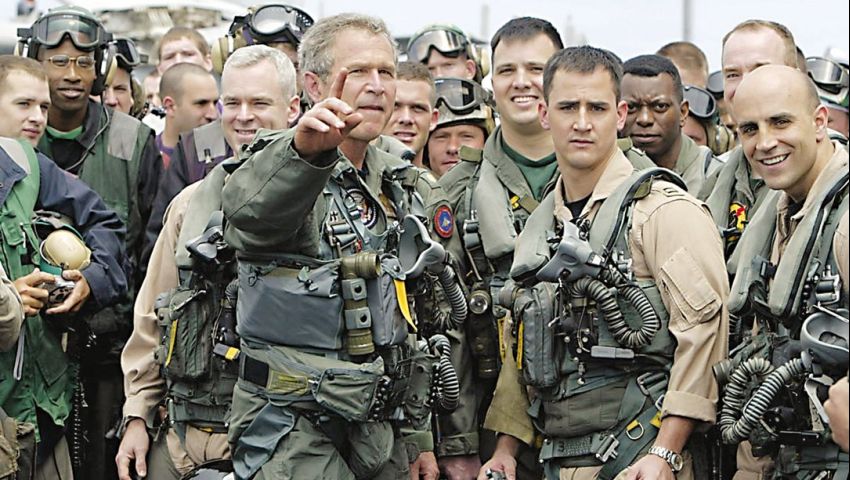 Shafaq News/ U.S writer Mark Shield criticizes Congress and policy makers in the United States for not questioning themselves,  how the United States involved in the longest warS in its history in Afghanistan and in Iraq?

In an article in Joplin globe Newspaper , he wrote, “ Missing in any debate about whether it is wise for the United States to reduce its troop numbers in both Afghanistan and Iraq, as the Trump administration has ordered, down to 2,500 Americans in each country (a number, let it be noted, that is too few to fight and too many to die), is the question members of Congress and policymakers invariably choose to duck: How did we get into the longest war in U.S. history in Afghanistan and the second-longest in Iraq?”

“Of course, we know, it was in response to Sept. 11, 2001, when al-Qaida operatives hijacked four commercial U.S. airliners and crashed them into the World Trade Center in New York and the Pentagon in Washington, resulting in the deaths of nearly 3,000. None of the 19 hijackers was an Afghani — their leader was Egyptian and 15 were from Saudi Arabia — but Afghanistan had been the attackers’ base. Congress overwhelmingly voted to give President George W. Bush, through the authorization of the use of military force, the green light to use force against those responsible for the attacks of 9/11.” He added.

The writer continued, By August 2002, at a national convention of the Veterans of Foreign Wars, Bush’s vice president, Dick Cheney, after stating his conviction that Saddam Hussein “will acquire nuclear weapons fairly soon,” made the case for war: “Simply stated, there is no doubt that Saddam Hussein now has weapons of mass destruction. There is no doubt he is amassing them to use against our friends, against our allies, and against us.” Hussein did not have then, and never would have, any “weapons of mass destruction,” nor was he ever anywhere remotely close to obtaining nuclear weapons. But the U.S., just seven months later, under false pretenses and disinformation, would send 130,000 Americans into harm’s way to invade Iraq.

Ignored was the doctrine stating that the U.S. should commit men and women to combat only as a last resort and only after all policy options have been exhausted — and then only 1) when a vital security interest of the nation is at stake; 2) when the U.S. force employed is overwhelming and disproportionate to the force of the enemy; 3) when the mission and the military action are both understood and supported by the American people, and the mission has international support; and 4) when there is a clear and plausible exit strategy for the U.S. troops sent risking their lives.

“War,” as the conservative historian Michael Barone has written, “demands equality of sacrifice.” The Iraq and Afghanistan wars were the only wars longer than three months since the Mexican-American War in 1846 that the U.S. has fought without a military draft and without a tax increase. There would be no home front shortages nor did civilian sacrifice request, only Republican administrations enacting massive tax cuts, tilted to the most advantaged, while the costs of the two wars reached an estimated $5 trillion.

In his landmark book on the American infantryman, George Wilson quoted Col. Steve Siegfried, a combat veteran: “Armies don’t fight wars. Countries fight wars. I hope to hell we learned that in Vietnam — a country fights a war. If it doesn’t, then we shouldn’t send an army.”

But let’s be brutally frank: We at home who did not have a loved one in uniform have borne no burden. We have paid no price. These are wars when all the sacrifice and all the suffering — which have been considerable — have been borne by our fellow Americans who volunteered and the people of Afghanistan and Iraq. And 20 years later, there still is no “clear and plausible exit strategy” for the U.S. troops sent to risk their lives.

He ended, “Shame on us.” Meaning United States policy makers.