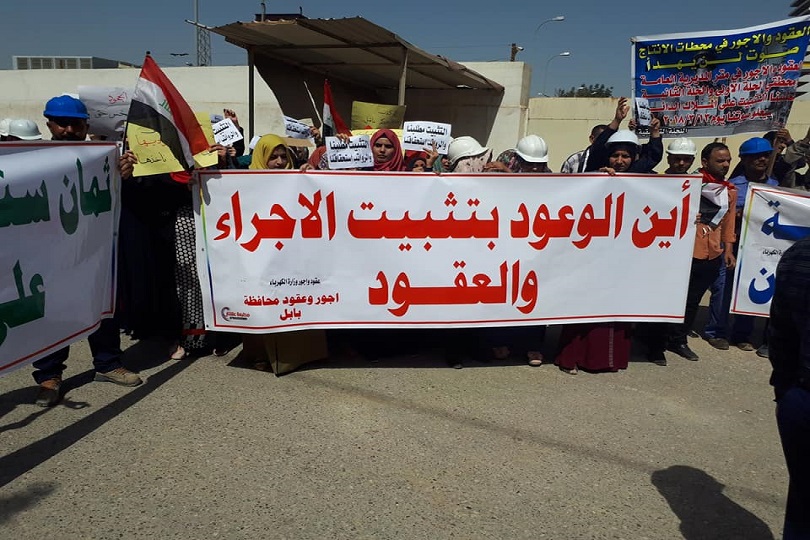 Shafaq News/ A member of the Parliamentary Committee for Labor and Social Affairs pinned the responsibility of implementing decree 315 on the government, hinting at law abuse in some government departments and institutions.

Committee Member, Raad Al-Dahlaki, said in a statement to Shafaq News Agency, "Some ministries, institutes, and government departments misinterpret decree 315 of 2019. They interpret the law on their own."

"Decree 315 is very clear. However, the administrative chaos and temper in some ministries, institutes, and government departments had an adverse impact on contracts employees, as the decree has not been put into action until the moment."

Al-Dahlaki demanded the government to "clarify the decree to all ministries, institutes, and government departments and bind them to the law," holding the government and the Ministry of Finance "responsibility for the furious demonstrations of contract employees."

In the same context, a source in the Babel police department reported to Shafaq News Agency that dozens of contract employees at Green al-Qasem University staged a picket at the University building demanding their inclusion in the decree 315 and granting them permanent contracts.

The Iraqi Parliament approved in 2019 the decree 315 that stipulates granting contract employees similar rights to permanent personnel in terms of loans, bonuses, land allocations, and other privileges.