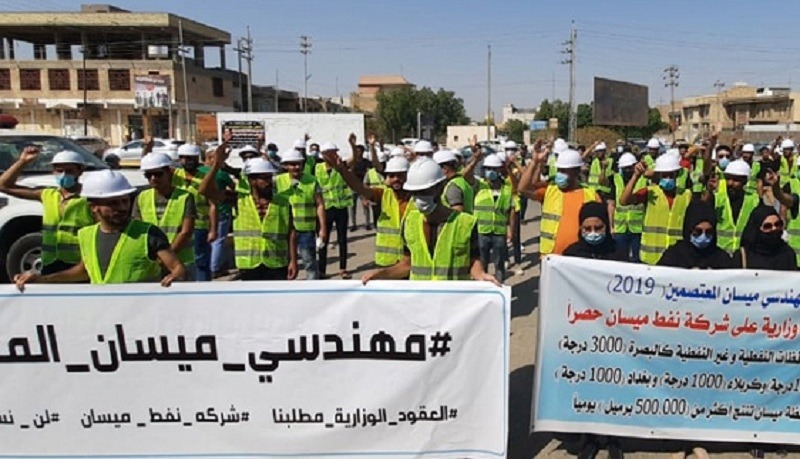 Al-Aqabi said in a statement, "The oil minister is running for the upcoming elections in Basra. He used public money and his position to serve his electoral campaign", adding, "the Minister started his election campaign early by promising the governorate's engineers of appointment at the expense of the rest of the governorates."

He pointed out, "The Minister of Oil had previously promised the oil engineers in Maysan to appoint them to the permanent payroll of the Ministry after the approval of the federal budget. Today he speaks with them arrogantly and tells them that Maysan's oil is a useless heavy oil, and the priority in work will be for Basra's engineers."

"We are not against appointing Basra's engineers and all of its citizens, as the governorate has made many sacrifices, and 80% of the budget revenues come from it, but at the same time, we reject the mistreatment of Maysan engineers", he added.

Al-Aqabi concluded, "Among my oversight duties as a member of the Parliamentary Oil and Energy Committee, I will submit a request to host the Minister of Oil as soon as possible, so that he can clarify these actions."

Oil edges up amid firm demand and declining US inventories