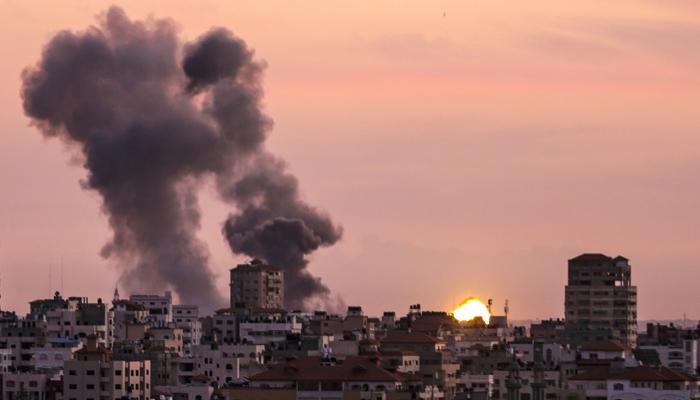 Shafaq News/ On Saturday, Iraq condemned the Israeli aggression on Gaza, which killed about 14 people.

"Iraq condemns and denounces the Zionist aggression, which targeted many areas in the Gaza Strip, and resulted in the death of Palestinian citizens, including a girl, and the injury of others." The Ministry of Foreign Affairs said.

"The language of violence used by the Zionist entity foretells more tension and creates tension. This would only escalate the situation without reaching any solution." The Ministry added.

Israel on Friday killed one of the group's senior commanders in a surprise daytime air strike on a high-rise building in Gaza City, which drew rocket salvoes in response.

The Israeli attack also killed 14 citizens and wounded more than 100.

Palestinian militants fired at least 160 rockets across the border, setting off air raid sirens and sending people running to bomb shelters as far as the central Israeli city of Modiin, between Tel Aviv and Jerusalem.

Islamic Jihad said it had targeted Israel's main international gateway, Ben Gurion Airport. Still, the rocket fell short near Modiin, around 20 kilometers (12 miles) away, and the Civil Aviation Authority said the airport was operating as usual with flight routes adjusted.

Al-Alusi: the anti-normalization wave is an attempt to collect votes

Baghdad: Israel's policy is expansionist and tampers with regional stability