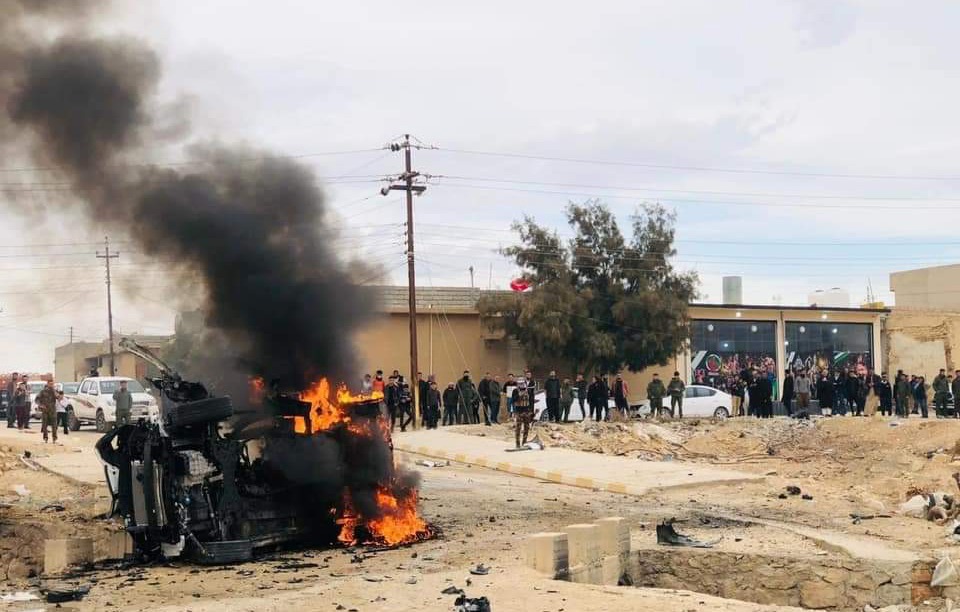 Shafaq News/ Protecting Sinjar from Ankara's attacks is a responsibility of the federal government, a local official in Sinjar's Sunouni said on Wednesday in the aftermath of the Turkish airstrikes in the sub-district.

"We hold the government of Baghdad responsible for protecting Sinjar's sky and people," he said.

The Commander of the Ezidxan force, which is affiliated with the Peshmerga Ministry, Haidar Shasho, called for "removing the irregular armed groups from Sinjar."

"We have always called for the exit of those forces from the civilian areas," Shasho told Shafaq News Agency, "the Kurdistan Workers Party (PKK) intends to establish a base here in order to entice the Turkish forces into Sinjar. The aim is to evacuate Sinjar from its residents and keep the displaced people in the camps of Kurdistan."

al-Sahaf to Shafaq News: the Turkish attack on Zakho will not go unnoticed

Security forces in Sinjar have instructions from Baghdad to deal with any situation, source says