Kurdistan to participate in the new federal government with a condition 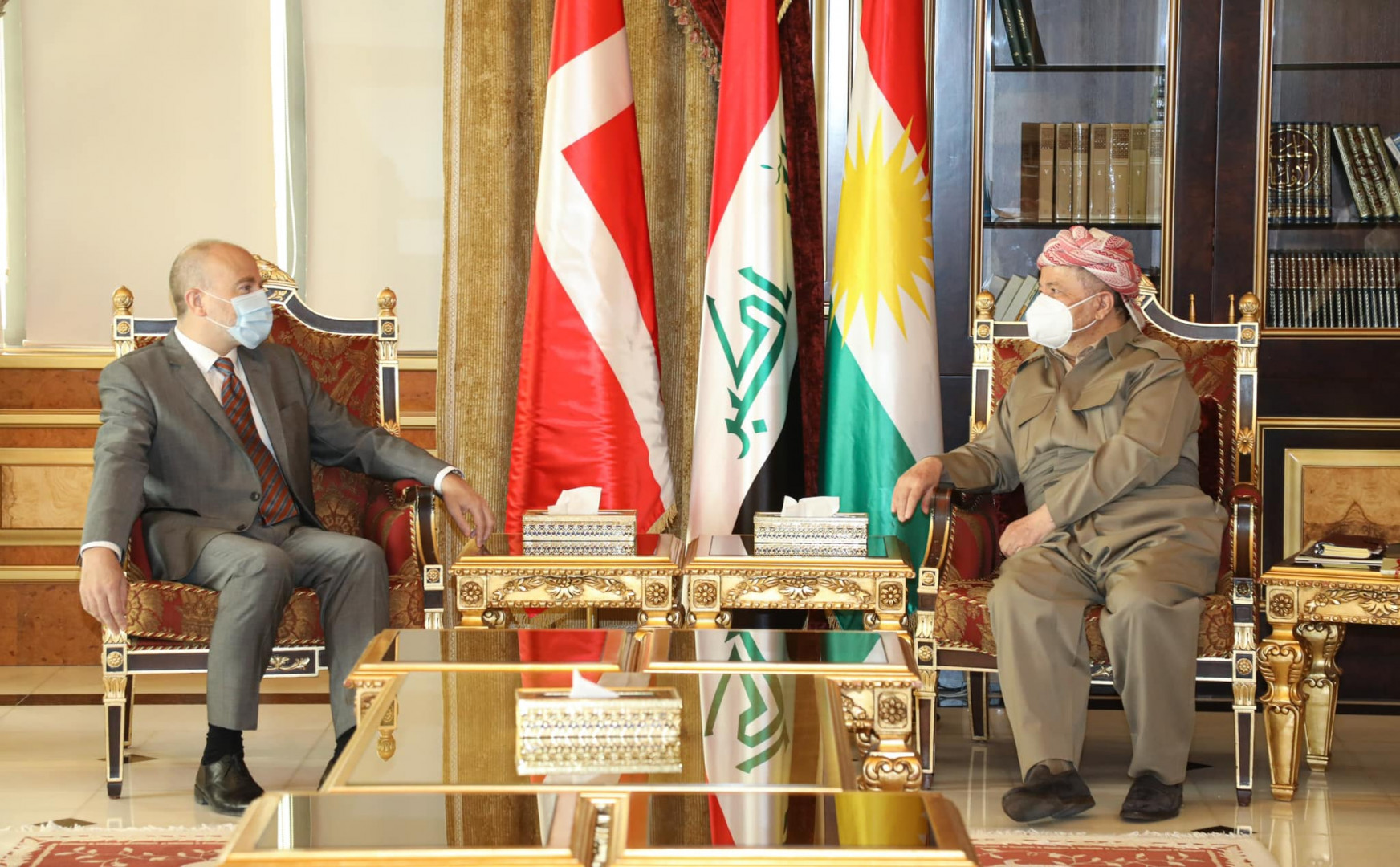 Shafaq News/ The Kurdish leader, Masoud Barzani, said that three principles govern the participation of the Kurdistan Region in the next federal government

On Wednesday, Barzani received at his residence in the Saladin resort the Danish ambassador to Baghdad, Stig Paulo Beiras, on the end of his mission in Iraq.

In a statement, Barzani's headquarters said that both sides discussed the political situation in Iraq and the challenges facing the political process.

Concerning Kurdistan's participation in the next government and the political process in Iraq, the Kurdish leader stressed that the Region set a condition for this issue which is the commitment of the Iraqi political parties to three principles "partnership, balance, and consensus."

Leader Barzani discusses the political development with the Al-Siyada Alliance