Kurdistan's PM, UNAMI, condemn the attack on the Speaker of Parliament's residence in Al-Anbar 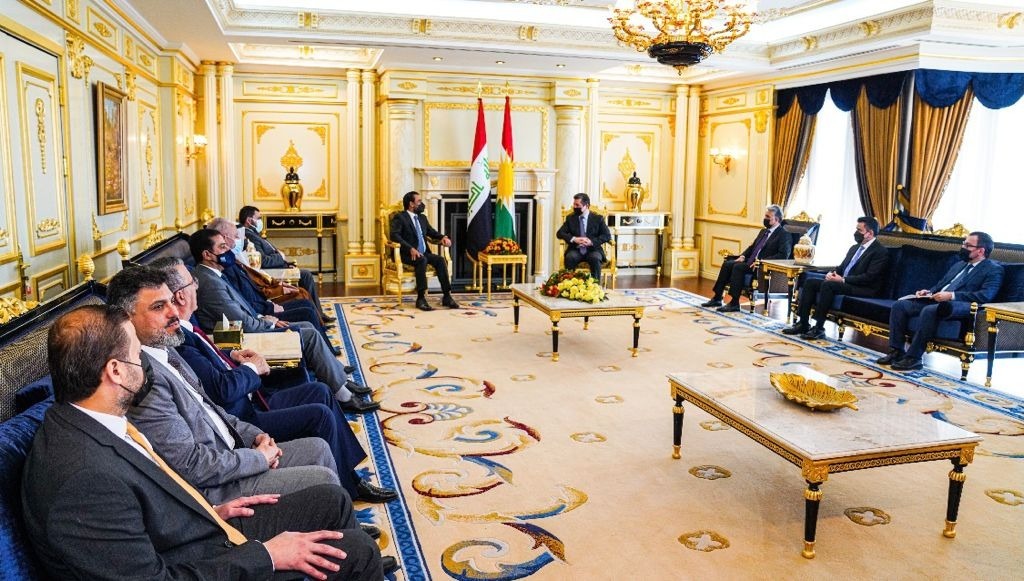 Shafaq News/ Prime Minister of the Kurdistan Region, and the UN Assistance Mission for Iraq (UNAMI), condemned the attack that targeted the headquarters of the Iraqi Parliament Speaker Muhammad al-Halbousi in Al-Anbar Governorate.

"I strongly condemn the heinous terrorist attack that targeted the headquarters of the Iraqi parliament speaker, Mr. Al-Halbousi, in the Karma district. This dangerous escalation aims to destabilize security and stability in Iraq. We wish a speedy recovery for the wounded," Barzani said on Twitter.

In turn, UNAMI considered the attack a "coward attempt to create chaos."

UNAMI urged the Iraqi authorities to "intensify efforts to prevent such acts and apprehend perpetrators. Calm and restraint must prevail to thwart attempts to destabilize."

On Tuesday evening, four rockets targeted the residence of the Iraqi Parliament Speaker in the Al-Anbar, wounding citizens.

He added that "a rocket fell near the Al-Halbousi's headquarter, the second fell in the Karma market, the third was near the Karma mosque and caused severe material damage, and the fourth fell in an agricultural area away from residential areas."

The attack wounded four people, including a child

There was no immediate claim of responsibility for the attack.

The Iraqi forces also tightened security procedures in Baghdad for fear of launching attacks on the parties' offices. The source said.

The attack comes a few hours after the Federal Court decision to dismiss the appeal of the Independent MP, Bassem Khashan, challenging the parliament's inaugural session's legitimacy.

Per the Court's ruling, the legislative assembly's first session and the consequent vote for its presidium were adjudicated "legitimate."

In the first session, the representatives elected Al-Halbousi as Speaker of the Council for a second term.

The Court's ruling will allow resuming the parliamentary sessions and deliberations over selecting a new president.