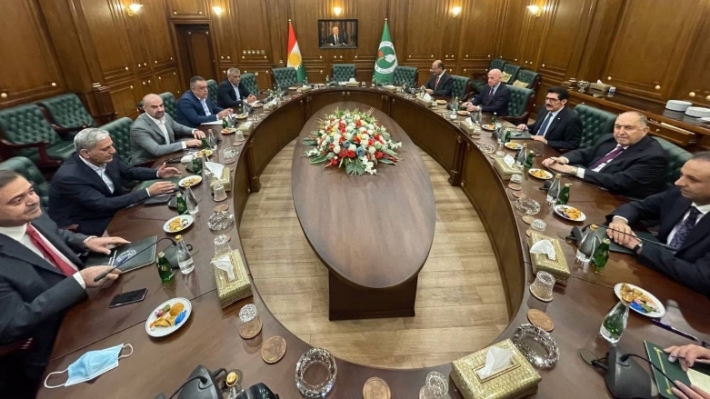 Shafaq News / The Kurdistan Democratic Party and Patriotic Union of Kurdistan will meet today to nominate a candidate for the Iraqi Presidency.

Since the last elections, Kurdish parties have not stopped their talks to nominate a candidate and agree on the new government.

The Kurdistan Democratic Party won the majority of Kurdish seats in the Iraqi Parliament (31 seats) followed by the PUK (17 seats).