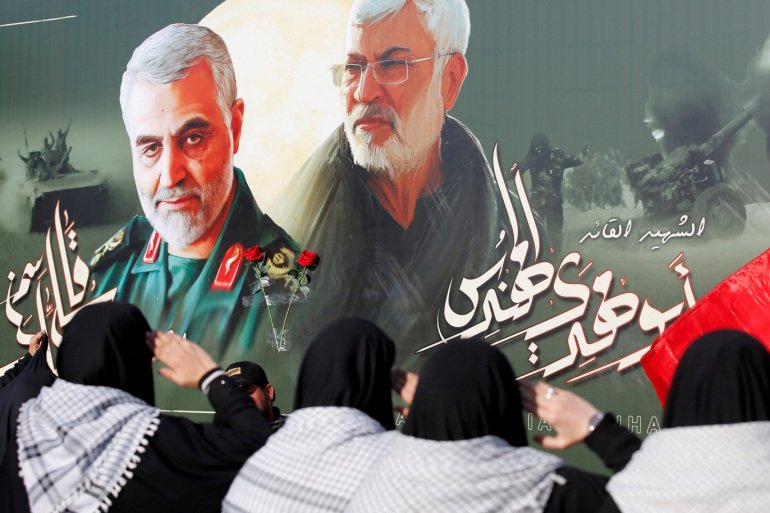 Shafaq News / Hoshyar Zebari, a Kurdish leader warned of the "worst scenario" that Iraq may witness in the first anniversary of the assassination of Qassem Soleimani, and Abu Mahdi Al-Muhandis."

Zebari tweeted, "The rockets attacks that targeted the Green Zone in Baghdad are a serious escalation by armed militias," referring to the Iranian-backed Shiite factions.

"Therefore, the Iraqi government should be ready for the worst case scenario, particularly on January 3, the time when General Qassem Soleimani and Abu Mahdi Al-Muhandis have killed in 2019."

Hoshyar Zebari is an Iraqi politician who formerly served as the Deputy Prime Minister of Iraq in 2014 and as the Minister of Finance until 2016, now advisor to the Kurdish government and senior member of the ruling Kurdistan Democratic Party (KDP)

Qasem Soleimani was an Iranian major general in the Islamic Revolutionary Guard Corps (IRGC) and Abu Mahdi al-Muhandis was an Iraqi politician and military commander. At the time of his death, he was deputy chief of the Popular Mobilization Committee (Al-Hashd Al-Shaabi)

The killing of Soleimani and Iraqi paramilitary leader Abu Mahdi al-Muhandis in a US. Drone attack in Baghdad brought Iraq and the wider region to the brink of war between Tehran and Washington.

KDP leader: Judiciary must be impartial, by deeds and words

Zebari reveals a stern warning from Pompeo to Iraq