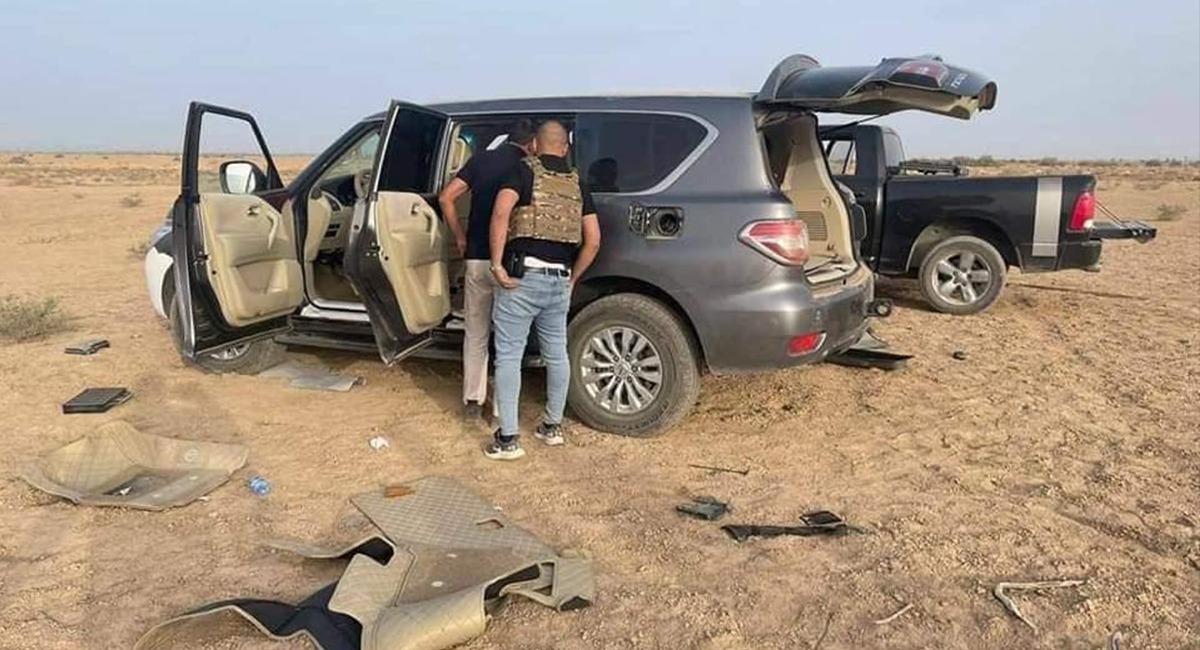 Shafaq News/ On Wednesday, the pro-Iranian Iraqi group, Hezbollah Brigades (Kataeb Hezbollah), called on the Iraqi government to take an official position regarding the US landing in Diyala Governorate.

Hezbollah's military spokesperson, Abu Ali Al-Askari, said in a ceremony to mark Quds Day, held each year on the last Friday of the Muslim fasting month of Ramadan, “On this great day, we call the government to condemn this American crime and barbaric act (airdrops in Diyala).”

Al-Askari stressed the need to end this act.

Yesterday, a political source revealed that the US forces are keeping eyes on the skies at the borders of Diyalaonith Iran to detect routes that the Iranians use to slip missiles and Uninhabited Aerial Vehicles (UAVs) into the Iraqi airspace.

"Recently, two US Chinooks landed and then took off in the vicinity of the Hemrin lake, 55 kilometers to the northeast of Baqubah. The motive of the maneuver remains unknown," the source said, "On another occasion, six black hawks and two Chinooks swooped down on two vehicles near the village of Abu Akoula in the Kanaan district."

"The two vehicles, a Nissan Patrol and Kia Pickup, were carrying Iranian consultants and UAVs," the source continued, "the consultants and their companions were apprehended."

"Diyala's borders have become a patent channel to transport missiles and UAVs to the Shiite paramilitary groups aligned with Iran...The US has repeatedly asked the Iraqi side to control the porous borders and cut off the routes Iran uses to supply its proxies with airborne combat assets."

Kata'ib Hezbollah calls the security forces to cooperate with the armed factions to kick out the "U.S. Enemy"

Kata'ib Hezbollah: US is facilitating the terrorists' movements on the borders