Kata'ib Hezbollah: US is facilitating the terrorists' movements on the borders 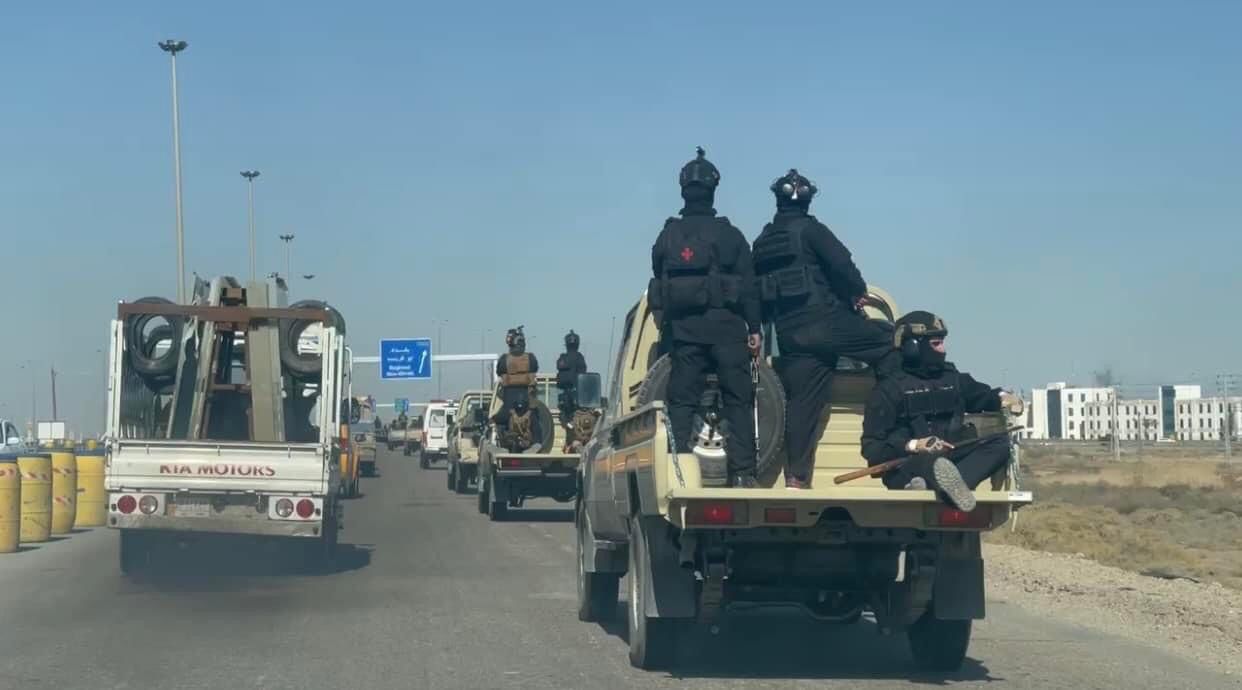 Al-Husseini said that the US is facilitating the terrorists' movements on the borders, noting that the security deployment aims to prevent any, potential terrorist attack.

The Cell said in a statement that the convoy belonged to al-Hashd al-Shaabi (PMF), and was carrying members who were on a leave and came back to resume their duties, noting that their deployment is legal and official.

The source told Shafaq News agency that the military convoys -which were carrying armed men- belong to al-Hashd al-Shaabi (PMF)- Kata'ib Hezbollah Brigades, entered the governorate to deploy and replace fighters, noting that it is a routinal military action.

However, a source in the Kata'ib told Shafaq News agency that this step is a message to Parliament Speaker Mohammad al-Halboosi, and a request for him to arm some tribes in al-Anbar.

He added that an official statement might be issued to clarify the whole situation in the next few hours.

Kata'ib Hezbollah calls the security forces to cooperate with the armed factions to kick out the "U.S. Enemy"