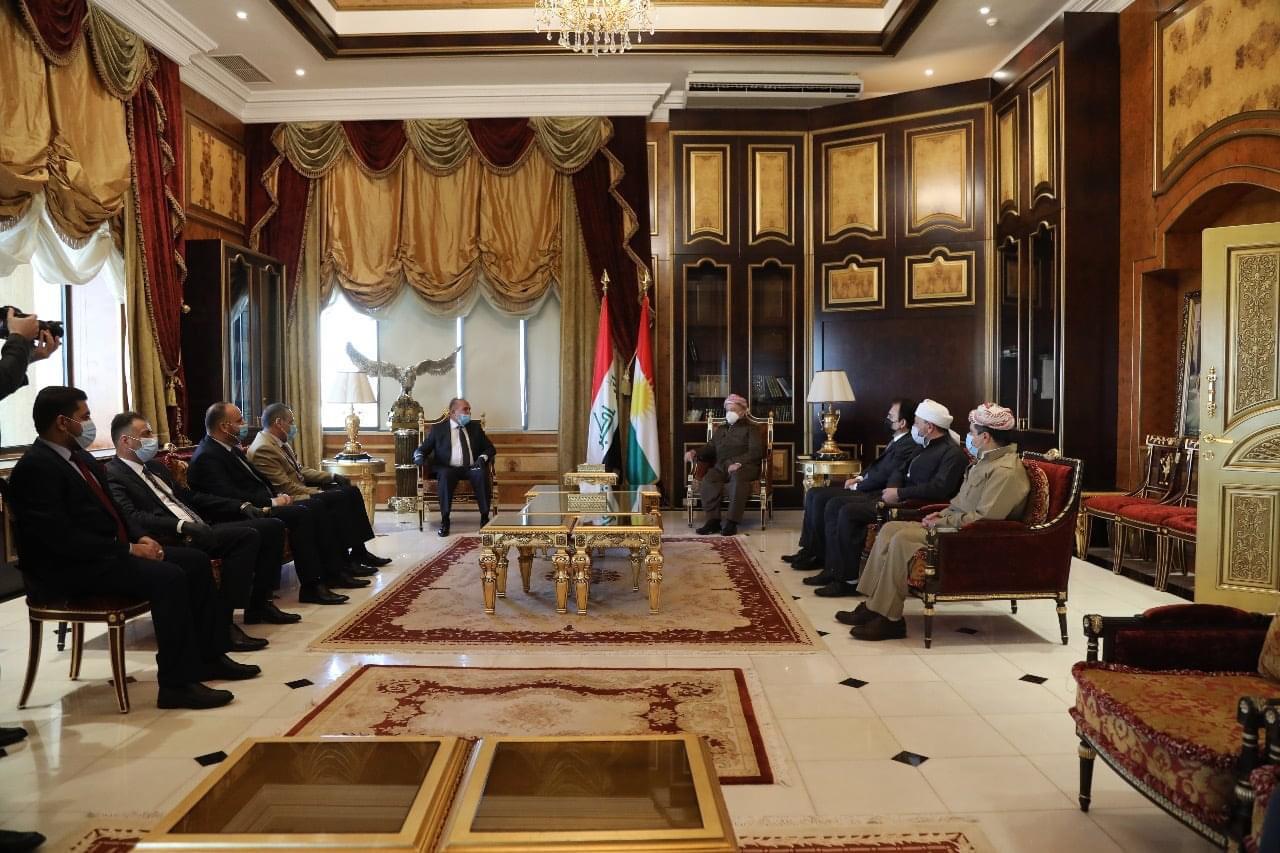 Shafaq News / The head of the Sunni Endowment office, Saad Kampash, revealed to Shafaq News agency the details of his meeting with the Kurdish leader Masoud Barzani.

Kampash said, "several matters were agreed upon to establish cooperation between the Sunni and the Kurdistan Endowments."

"The meeting included discussing the need for men of religion in Kurdistan region to be represented in the Sunni Endowment Office and the Supreme Endowment Council," Kampash added.

He added, "working committees will be soon linked between the Ministry of Endowments in the region and the Sunni Endowment in Baghdad, since there are many participants between the two parties."

A statement issued by Barzani's office had quoted the latter saying that receiving the displaced Iraqis is a national and humanitarian duty, stressing that the people of Kurdistan work to deepen the culture of coexistence between all components.

Kaka Hama: the candidate for the Presidency of the republic must be approved by leader Barzani