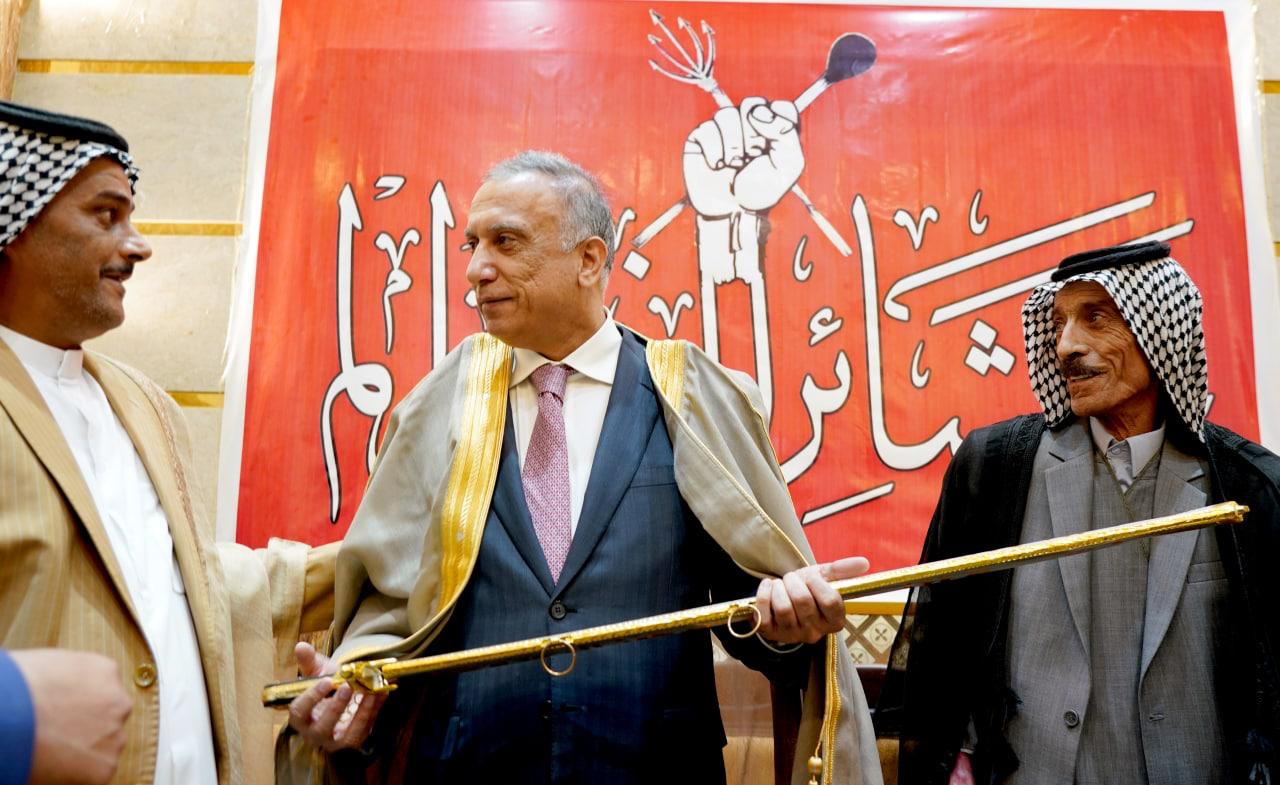 Shafaq News/ The Iraqi Prime Minister, Mustafa al-Kadhimi, said that his government considers appealing to annul some of the Federal Budget provisions.

Al-Kadhimi's statements came during a meeting with the dignitaries and Tribal Sheikhs of al-Muthanna governorate in the guesthouse of Sheikh Javat Shaalan.

According to a readout of the meeting, the Prime Minister said, "since my appointment, I have been nothing but a servant to the people of this country. I mentioned al-Rumaytha in my early speeches because it is dear to my heart and its people are my people."

"We are facing huge challenges. Iraq passed through touch conditions. When we took over our duties eleven months ago, a financial crisis and Coronavirus pandemic were there. Some [parties] were bidding on the government's failure or dragging [the country] to a civil war. However, we were not pulled that way. We were patient, and we will overcome all the challenges, one by one."

Al-Kadhimi continued, "the government made tough decisions to reform and protect the country financially and economically."

"We will appeal to revoke some of the budget's paragraphs at the Federal Supreme Court. Some paragraphs might inflict Electricity and Health sectors," he added, "our problems primarily require proper management and an honest approach."

"We commenced a campaign to attract investments from neighboring countries to serve our country and our people. I will follow up the conditions of al-Muthanna by myself."