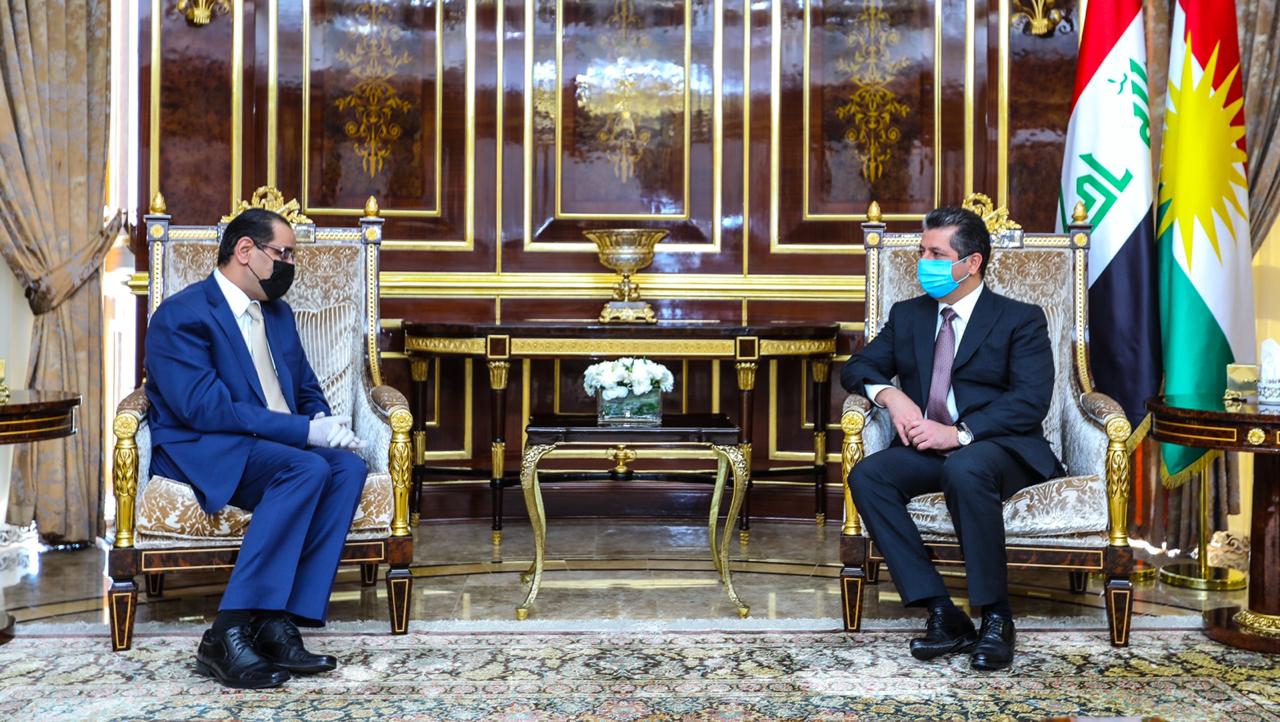 Shafaq News / The Prime Minister of Kurdistan regional government (KRG), Masrour Barzani, praised the role of the Jordanian consul in the region.

In a statement received by Shafaq News Agency, the government said, "The President of Kurdistan Regional Government, Masrour Barzani, received today the Consul-General of the Hashemite Kingdom of Jordan in the region, Haitham Abu Al-Ful, on the occasion of the end of his services".

The Prime Minister praised, according to the statement, "the historical friendship between the Kurdistan Region and the Hashemite Kingdom of Jordan," and thanked the Jordanian Consul for his role in strengthening bilateral relations, and wished him success in his future missions".

Each attack against Coalition undermines the rule of law, OIR spokesperson

Iraqi And Kurdistan Budget Hangs In The Balance

The Iraqi Parliament and the KRG delegation reached a "secret" agreement, sources report