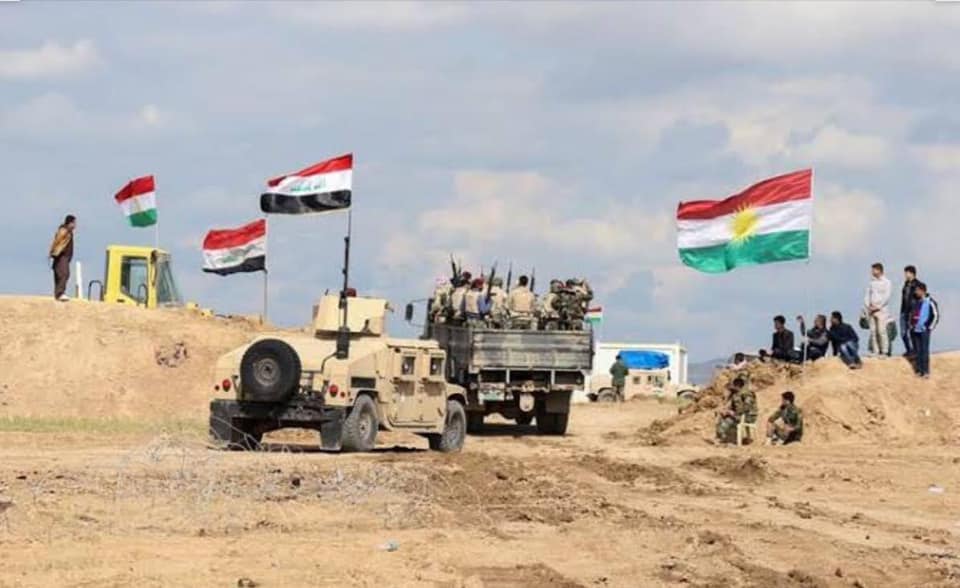 Shafaq News/ The Kurdistan Democratic Party (KDP) welcomed the activation of the security cooperation agreement between the Ministries of Defense and the Peshmerga Affairs,

MP of KDP's bloc in the Kurdistan Region's Parliament, Dana al-Kateb, said in a statement to Shafaq News Agency that Activating the cooperation agreement and inaugurating joint security headquarters in the disputed districts in Diyala, Kirkuk, Nineveh, and Saladin shall deter the movements of the terrorists in the security vacuums and gaps left by the Peshmerga forces upon their retreat in 2017.

"Activating the Joint Operations Chambers is a preemptive strike to ISIS remnants that still move between the hot sectors and spread fear among all components by reviving its cells and expanding in the loose security areas. It is euthanasia for them."

A Commander of the Peshmerga forces disclosed earlier today, Thursday, the details of the security accord between the Ministries of Defense and the Peshmerga. The plan devised installing four joint cooperation headquarters in Makhmour in Erbil, Kirkuk, Tuz Khurmatu in eastern Saladin, and Khanaqin in Diyala, indicating that the first item of the accord has been put into effect while negotiations are still underway in the remaining three items.

The withdrawal of the Peshmerga forces from the disputed territories in 2017 rendered it vulnerable to terrorists' infestation. Despite the preliminary agreement between the Coalition and the Federal and Regional governments, it is yet to be put into effect due to political jostles.

Strict measures taken following the recent attack on the Peshmerga

Zebari meets with the head of Babylon movement in Baghdad

US condemns attack on KDP Headquarters in Baghdad