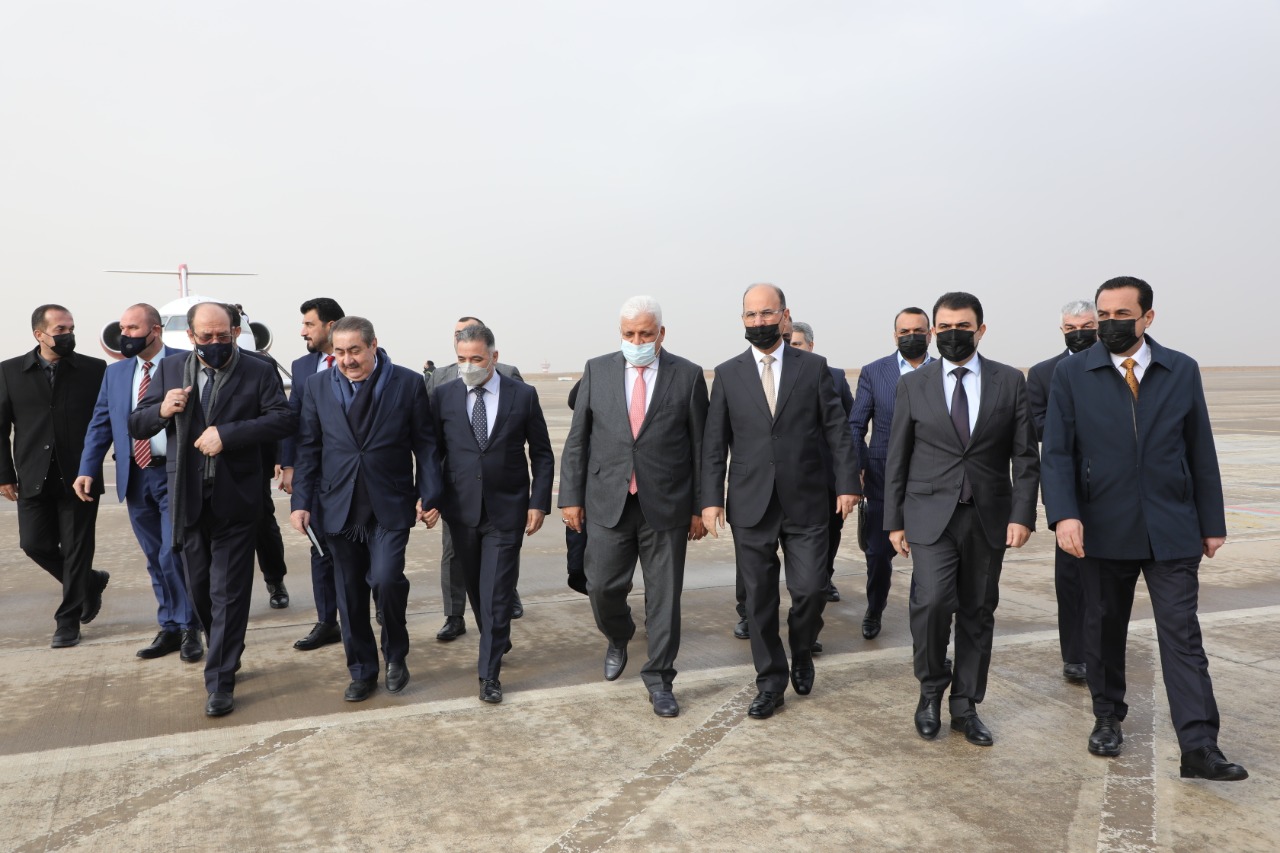 Shafaq News/ The negotiating delegation of the Kurdistan Democratic Party (KDP) on Tuesday convened with the leaders of the Shiite Coordination Framework in the Iraqi capital, Baghdad.

"The meeting touched upon the latest updates on the political situation in Iraq after the withdrawal of the Sadrist leader Muqtada al-Sadr and the resignation of the Sadrist lawmakers," a source told Shafaq News Agency.

On Saturday, Iraq's Parliament Speaker Mohammad al-Halboosi issued a decree terminating the membership of the resigned Sadrist lawmakers from the Iraqi parliament.

According to official documents, al-Halboosi signed a decree carrying the name of his first deputy Hakem al-Zameli, along with 70 other members of the Sadrist bloc.

Earlier this month, Iraqi Shiite leader Muqtada al-Sadr said he has decided to withdraw from the political process to avoid involvement with “corrupt” politicians.

The leader of the Sadrist Movement in the Iraqi parliament insisted he "will not participate in the next elections if the corrupt participate" during a closed meeting with members of his bloc.

He also said that his decision to order his bloc to resign from parliament will not be retracted, in an announcement that came three days after he ordered 73 politicians from his party to quit the assembly.

Al-Sadr emerged as the winner of the October vote, giving him 73 of parliament’s 329 seats. The vote was a blow to his Iran-backed Shiite rivals who lost about two-thirds of their seats and have rejected the results.

Since then, the two sides have been locked in a row for power, even as the country faces growing challenges, including an impending food crisis resulting from severe drought and the war in Ukraine.

Al-Sadr has been intent on forming, along with his allies, a majoritarian government that excludes some Iran-backed factions.

But he has not been able to corral enough legislators to parliament to get the two-thirds majority needed to elect Iraq's next president – a necessary step ahead of naming the next prime minister and selecting a cabinet.

When he ordered his politicians to resign, he called it a "sacrifice" he was making for the good of the country.

His cousin and nominee for prime minister, Jaafar al-Sadr, withdrew his candidacy the next day.