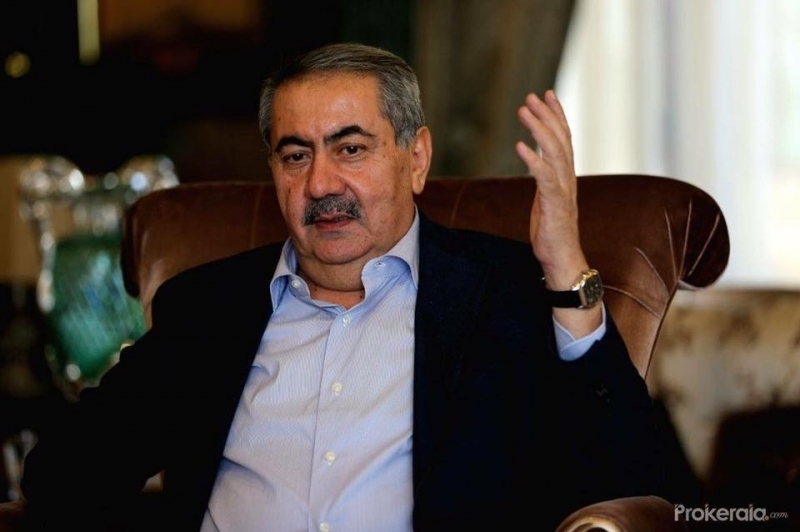 Shafaq News / The Adviser to the President of the Kurdistan Party, Masoud Haydar, said that the party is adamant about Hoshyar Zebari's candidacy.

Yesterday, MP and leader in al-Siyada Mashaan al-Jubouri, announced that the coalition supports the current Prime Minister Mustafa al-Kadhimi for a second term.

Al-Jubouri said in a tweet, "several representatives of al-Siyada coalition and me were present when the head of the coalition Khamis al-Khanjar received Prime Minister Mustafa al-Kadhimi and his office team."

"I can confirm that al-Siyada coalition will support al-Kadhimi for a second mandate if he the Sadrist bloc assigns him to form the new government", he added.

The decision was taken one day before parliament was due to vote on the position.

The Supreme Court said it had received a complaint from MPs that Zebari's candidacy was "unconstitutional" because of the corruption claims dating back to 2016, adding that his suspension was "temporary" while the court considers the case.

The court cited his 2016 impeachment and dismissal from the post of finance minister by parliament "over charges linked to financial and administrative corruption".

Incumbent Salih, the other frontrunner out of some 25 candidates, represents the KDP's main rival in the Kurdistan Region, the Patriotic Union of Kurdistan (PUK).

Monday's postponement exacerbates Iraq's political troubles because it is the task of the president, within 15 days of being elected, to formally name a prime minister from the largest bloc in parliament.

KDP: the Presidency of the Republic is an entitlement of the Kurds

A Kurdish delegation heads to Baghdad to "calm the situation"

Al-Sadr' condition is fully applied to Hoshyar Zebari to be the next President, a KDP leader says