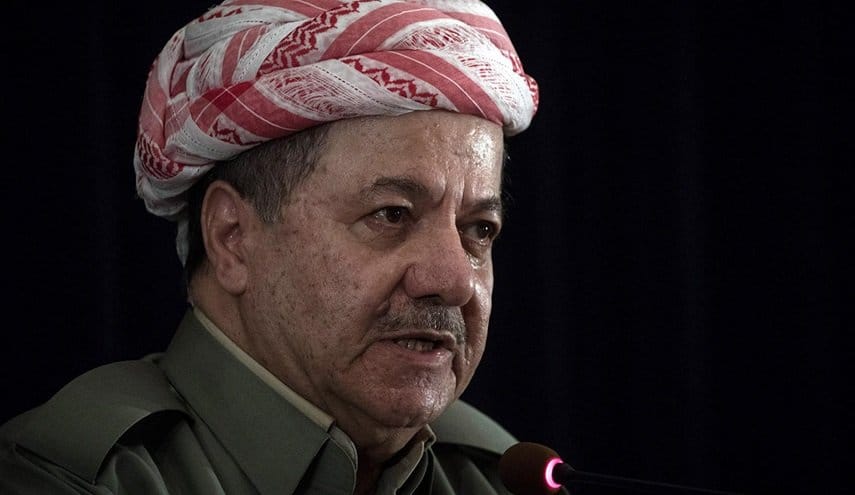 Shafaq News/ On Saturday, the head of the Kurdistan Democratic Kurdish, Masoud Barzani, held a phone call with the leader of the Sadrist Movement, Muqtada al-Sadr, affirming their Alliance is coherent.

In a statement, the spokesperson of the Kurdistan Democratic Party bloc, Vian Dakhil, said that al-Sadr had made a phone call with Barzani, stressing that "the strategic alliance is coherent and work is continuing to expedite forming a majority government that meets the aspirations of our people."

Earlier today, the head of the Sadrist Movement, Muqtada al-Sadr, instructed the Movement's lawmakers to refrain from attending the parliament session dedicated to electing a president of the republic.

In a press conference, he held in the Parliament headquarters earlier today, Saturday, The 73-member bloc's parliamentary chief, Hasan al-Azzari, said, "per the orders of Sayyid Muqtada al-Sadr, it is decided to suspend the negotiations with the political blocs regarding the formation of the government."

"The members of the Sadrist bloc shall not attend the parliament session dedicated to electing the president of the republic, except the first Deputy Speaker of the Parliament, Hakem al-Zameli," he said.

A leading figure in the al-Fatah alliance, Ali al-Fatlawi, said that the Sadrist bloc's boycott for Monday's session would not impede the election of the new president, stressing that the Coordination Framework will attend.

Al-Fatlawi told Shafaq News Agency, "the Sadrist bloc's boycott will not affect the session. Therefore, the session can proceed in the presence of 250 MPs who do not belong to the Sadrist Movement."

"The talks between the political forces, bar the Sadrist, might result in new agreements. Therefore, a president is likely to be elected on Monday, even if the Sadrist bloc did not attend."

"The absence of 75 MPs does not affect the quorum. However, the political agreements that might unravel in the next few hours might be decisive," he said.

The leading figure in al-Siyada bloc, Meshaan al-Jubouri, tweeted earlier today, "after the [Sadrist] movement's surprising decision to boycott the presidential election's session, the blocs of al-Siyada and KDP will probably not attend."

"The quorum, consequently, will not be completed, and we will enter an unprecedented stage of a constitutional gap," he added.

The member of the al-Siyada bloc said that the Sadrist leader's decision could be a part of new considerations that might change the settings of the entire political process.