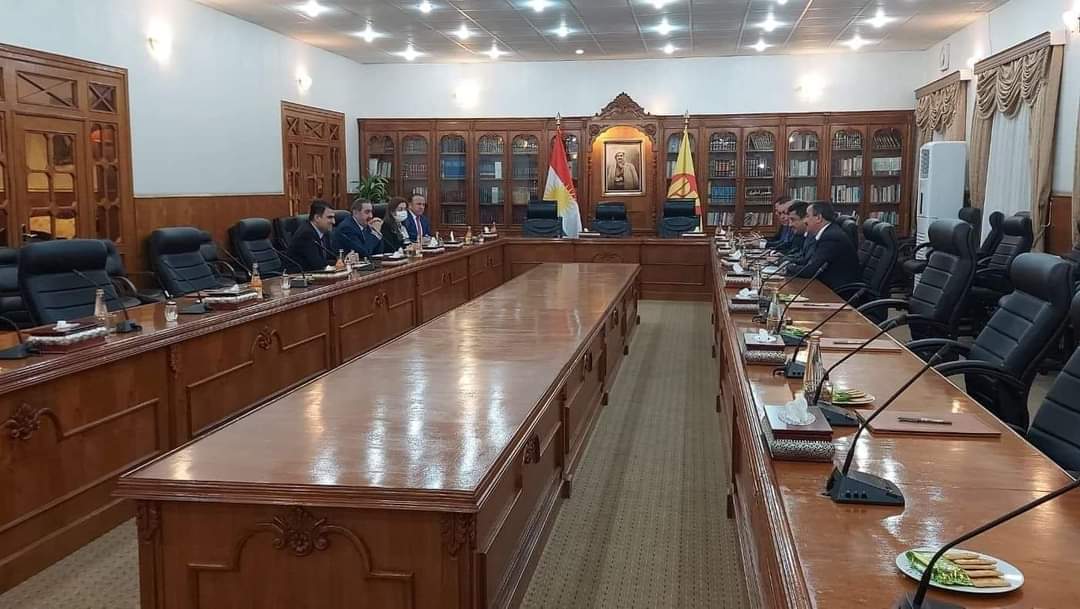 Shafaq News / The joint delegation of the Kurdistan Democratic Party and the Patriotic Union of Kurdistan will visit Baghdad today, to discuss forming the new government.

According to information that Shafaq News agency obtained, the delegation is headed by KDP official Hoshyar Zebari, and PUK official Imad Ahmad.

The delegation will meet with Shiite and Sunni parties before the Parliament's first session next Sunday.

The meeting will shed light on the three Presidencies' candidates and the new Federal government.

The delegation will also discuss several other topics, including solving the Baghdad-Erbil differences, the employees' salaries, the Federal budget law, and the Kurdistan region's share, in addition to the oil and gas law.

The talks will last until the Parliament holds its first session next Sunday.

It is worth noting that the Leader of the Sadist movement, Muqtada al-Sadr, insists on forming a "national majority government", while the Shiite forces, represented by the Coordination Framework, oppose his decision.

As for the Kurdish and Sunni parties, they refused to take a stand and demanded the Sadrists and the Shiites to reach an agreement to form the new government.