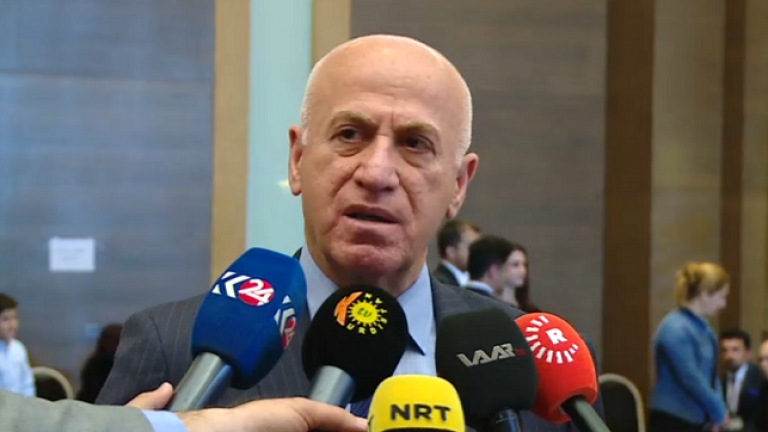 Shafaq News/ Spokesperson to the Kurdistan Democratic Party (KDP), Mahmoud Mohammad, on Tuesday said that the Patriotic Union of Kurdistan (PUK) is adamant about naming the incumbent President Barham Salih for a second tenure.

Speaking in a press conference earlier today, Mohammad said, "except for the recent visit of Bafel Talabani to President [Masoud] Barzani, the parties did not hold any talks over the presidency."

"The PUK is intransigent. But we said that the political parties in the region shall be involved," he added, "there are entitlements that should be taken into consideration. It is not about a certain party. The Presidency is an entitlement for the Kurds. It is not tapu for a certain party."

Earlier this month, the Federal Supreme Court barred Hoshyar Zebari, the KDP's candidate for the presidency, from running for the post, citing corruption allegations against him dating back to 2016.

The KDP has since nominated a replacement candidate, Rebar Ahmed, in another attempt by the Sadrist-KDP alliance to move the government formation process forward.