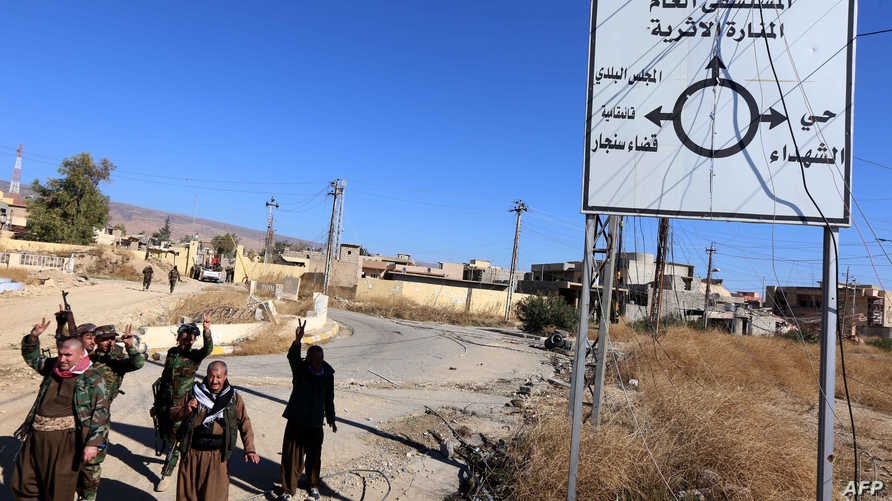 Shafaq News/ On Wednesday, a deputy of the Kurdistan Democratic Party (KDP) accused the Iraqi government and foreign parties of "complicity" in turning Sinjar district into an incubator for the Kurdistan Workers Party (PKK).

Mahma Khalil told Shafaq News Agency, "the acts of the Kurdistan Workers Party militia and its agents in Sinjar district is a blatant challenge to the government and the prestige of the Iraqi state and the residents of the district."

"The gangs and illegal armed groups are all affiliated with the Kurdistan Workers' Party; on the other hand, the Iraqi government has an inability or complicity in handling this situation." He added.

The Kurdish MP pointed out that "the PKK agents increased its attacks on the security services and civilians, which represents a dangerous situation that threatens social peace in Sinjar."

Khalil criticized "ignoring the Baghdad and Erbil agreement, which become a dead letter."

On Monday, clashes erupted between Êzîdxan forces loyal to the Kurdistan Workers Party (PKK) and the Iraqi army north of the Sinjar district.

A security source told Shafaq News Agency, "The Êzîdxan forces refused to evacuate a military point in Dikuri complex, which led to armed clashes with the Iraqi Army."

"The clashes injured a citizen." The source added.

Later, the PKK-backed fighters withdrew from the military point when the Iraq army shot intensively at the Asayish Êzîdxan building.

It is worth noting that in 2020, The Iraqi government had reached a "historic deal" with the Kurdistan Regional Government (KRG) over the governance and security of Sinjar.

The deal ends the authority of intruding groups. It paves the way for the reconstruction of the District and the total return of its people in coordination between Erbil and Baghdad.

The agreement holds the local police, the National Security and Intelligence services the responsibility within the District.