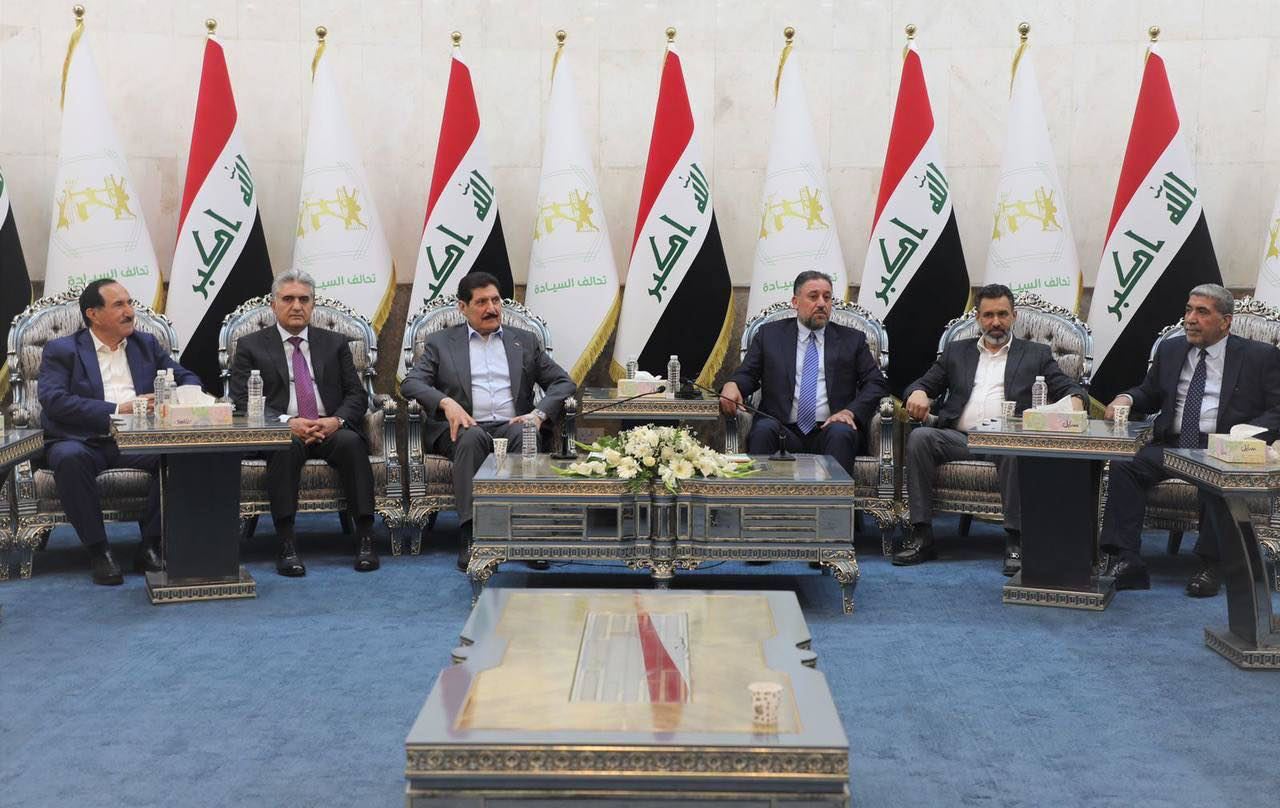 Shafaq News/ The Kurdistan Democratic Party (KDP) and Al-Siyada Alliance affirmed their partnership with the Sadrist Movement and their commitment to the "Saving the Homeland" Alliance.

"We appreciate Al-Sadr's stance and initiative to expedite forming a strong government that works to address the Iraqi people's issues," the joint statement said.

The two parties said they have adhered to the partnership with the Sadrist bloc because "a strong government can't be born without them," considering that the "Saving the Homeland" Alliance is "the hope awaited by Iraqis."

The two poles of the tripartite Alliance expressed their keenness on the national dialogue with other parties without any external interference, as well as the need for the Shiite house to agree on the Sadrist bloc's candidate for the presidency of the Council of Ministers and to set a ministerial program supported by other components and forces."

Earlier, al-Sadr, announced the withdrawal of the Sadrist bloc from negotiations to elect the President of the republic and form the next government, allowing the Shiite Coordination Framework to negotiate with the other political forces in this regard.

Al-Sadr said on Twitter that he thanks God "for winning the largest bloc, forming the largest alliance (Saving the Homeland), and nominating a prime minister acceptable to all."

"For Iraq not to remain without a government which will deteriorate the security, economic, and service conditions, I am giving (the third: the Framework) an opportunity to negotiate with all the blocs to form a national majority government, without the Sadrist bloc, in a period from the first day of Ramadan until the ninth of Shawwal (40 days)." He added.

Al-Sadr addressed the Sadrist representatives not to interfere with this issue "neither positively nor negatively."

After Al-Sadr's statement, the State of Law Coalition said that its leader, Nuri al-Maliki, one of the main poles of the Coordination Framework, would hold talks with other political forces to pave the way for the formation of the next government.

The representative of the State of Law, Thaer Mukheef, told Shafaq News Agency, "The leader of the Sadrist movement has set 40 days for the Framework to form the government with the agreement with other parties."

He added, "There's a high probability that this process will change the political map, and I think that the Kurds may agree on one candidate for the presidency."

"We seek not to exclude anyone, and we hope that Al-Sadr would participate in the government, and we will seek to communicate with him about this."

Iraqi lawmakers failed for a third time on Wednesday to elect a head of state, further deepening a political crisis spurred by infighting following general elections five months ago.

So far, Iraqi politicians have disagreed on a compromise candidate for the presidency, exacerbating a political vacuum that prevents the appointment of a prime minister.

A lack of a quorum, set by the Federal Supreme Court at two-thirds of the house's 329 members, held the vote for the third time since February.

The parliament presidium opted to convert the session to an ordinary session to discuss the lineups of the permanent parliamentary committees.

In a brief statement, the media bureau of the Iraqi parliament said that the parliament speaker, Mohammad al-Halboosi, inaugurated the sixth ordinary session without revealing the number of lawmakers who attended the session.

A source said that only 152 lawmakers showed up for the latest vote, and the vote for a new president was delisted from the session's agenda.

KDP calls for accounting for Kurdistan's 13.9% share in the food security bill

Sadrist movement opens the door for recruitment in the Iraqi state