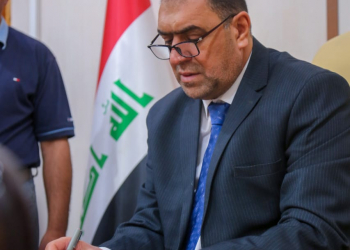 Shafaq News / A reliable source revealed to Shafaq News Agency that the Integrity Investigation Court in Dhi Qar had received judicial orders to refer the lawsuits filed against the governorate's former Governor, Nadhim al-Waeli, to Baghdad.

Most of the transferred cases are subject to political pressure and are closed due to insufficient evidence, the source pointed out.

A judicial source had previously reported that a summons had been issued against al-Waeli on charges of misappropriation of public funds and receiving bribes, according to Resolution 106 of 1983 / Second / First.