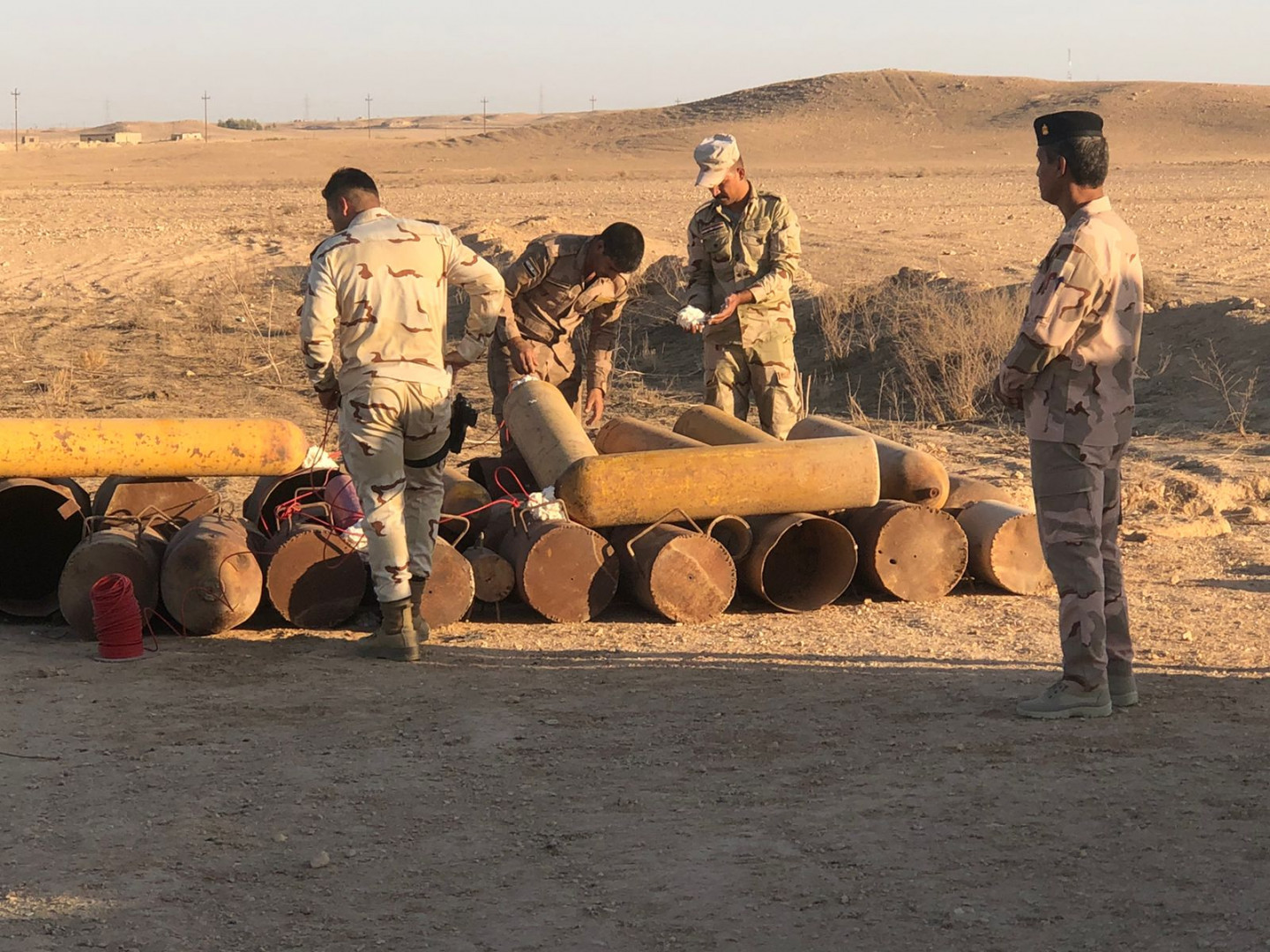 Shafaq News/ Iraq’s Security Media Cell announced, on Saturday, that a "terrorist" was arrested and explosive devices were seized in Al-Anbar and Kirkuk Governorates.

The Cell said in a statement that a joint force of Intelligence detachments and the ground forces had arrested a terrorist.

In addition, The intelligence detachments of the Al-Jazeera Operations Command, with air support, seized a "hideout containing explosive devices in the Zawiya area within the Al-Shamiya desert in Al-Anbar."

The Cell added that "a joint force of the Federal Police and the Intelligence launched an operation including searching and purifying the areas of Wadi Abu Shahma, southwest of Kirkuk, which resulted in seizing 58 shells and four explosive devices."