Joint Operations Command reveals the circumstances of "Lions of al-Jazeera" 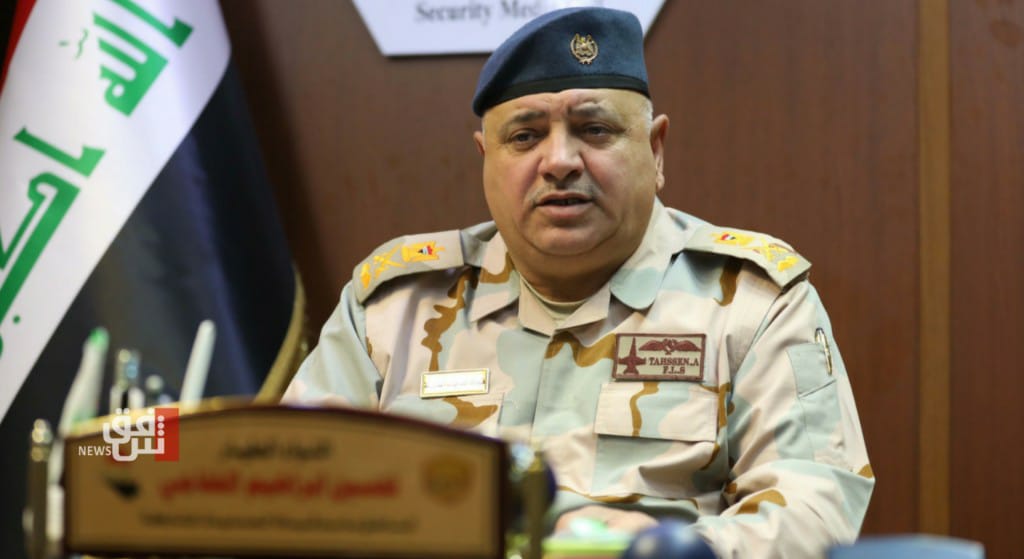 Shafaq News/ The spokesman for the Joint Operations Command, Major-General Tahseen Al-Khafaji, explained on Monday the details of the "Lions of al-Jazeera" security operation, which was launched to pursue the remnants of ISIS gangs in the liberated areas.

Al-Khafaji told Shafaq News agency, "an important and wide military operation was launched today under the name of 'Lions of Al-Jazeera' in which the units of Al-Jazeera, West Nineveh, Saladin Operations Command, and the Popular and Tribal Mobilization Brigades participated in, to achieve security and safety, and pursue and chase terrorists in those areas."

"The Joint Operations Command launched this operation based on the information available through the intelligence and security effort, and the identification of terrorist movements in those areas," he continued.

"This operation is essential to sustain the momentum of the battle against terrorism, as well as to stop the terrorists and their security breaches," he concluded.

Earlier today, the Security Media Cell announced launching a large military operation in the desert linking the governorates of al-Anbar, Saladin, and Nineveh.

In a statement received by Shafaq News Agency, the cell stated that the executing forces of the "Lions of al-Jazeera" operation continue to advance towards their set goals.

It indicated that Saladin's operations units, represented by the 91st Brigade of the Iraqi army, the Popular Mobilization Brigades 51, 21, 6, and 35, in addition to the Saladin SWAT Regiment and Saladin Emergency Police regiments, achieved substantial progress.