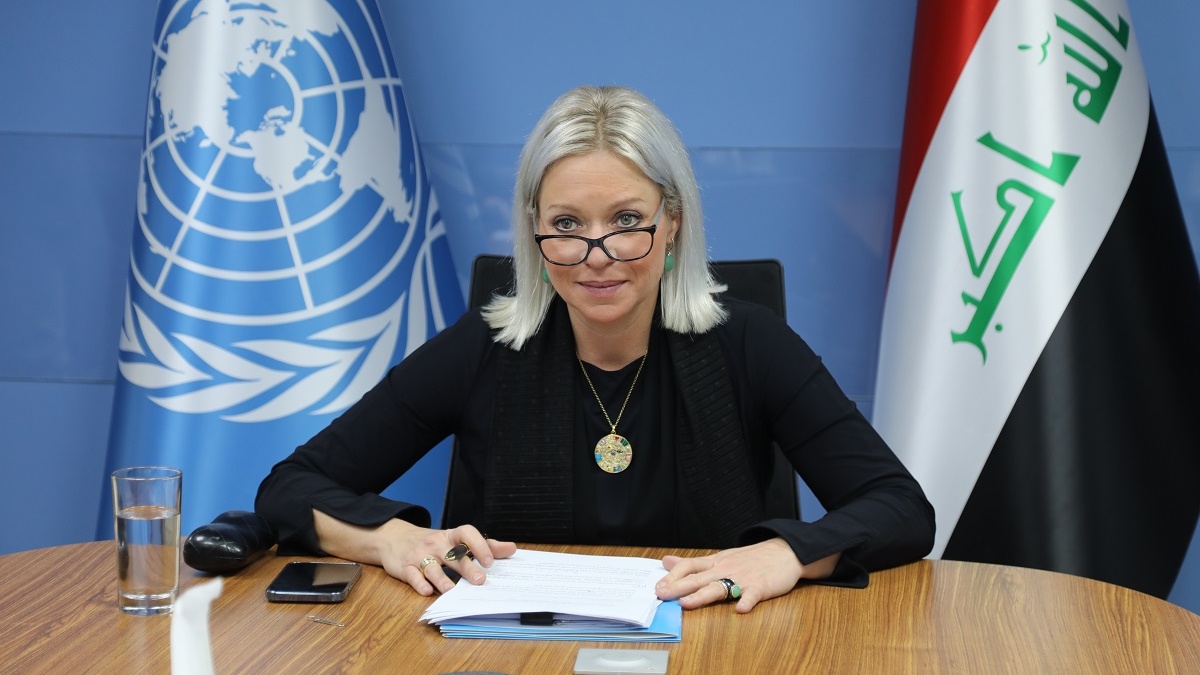 Shafaq News/ The Special Representative of the United Nations Secretary-General for Iraq, Jeanine Hennis-Plasschaert, denounced Iran's attacks on the Kurdistan region of Iraq as "intolerable" and demanded the Iraqis to join hands in order to fend off these attacks.

"Unfortunately, we can only repeat ourselves. Ongoing Iranian attacks are intolerable," said UNAMI chief in a tweet, "Iraq must act as one in order not to give room to further hostilities."

"Strength abroad begins with unity at home," she concluded.

The Kurdistan region's Counter-Terrorism Service said that the damages from the attack are not immediately clear.

On November 14, two died and dozens were injured when the IRGC fired five rockets on Koysinjaq.

Khazaali to the UN Envoy: no foreign interference in nominating the new prime minister

UNAMI chief: it is a high time for dialogue in Iraq