Iraqis head toward the Jordanian borders, stand in solidarity with Palestine 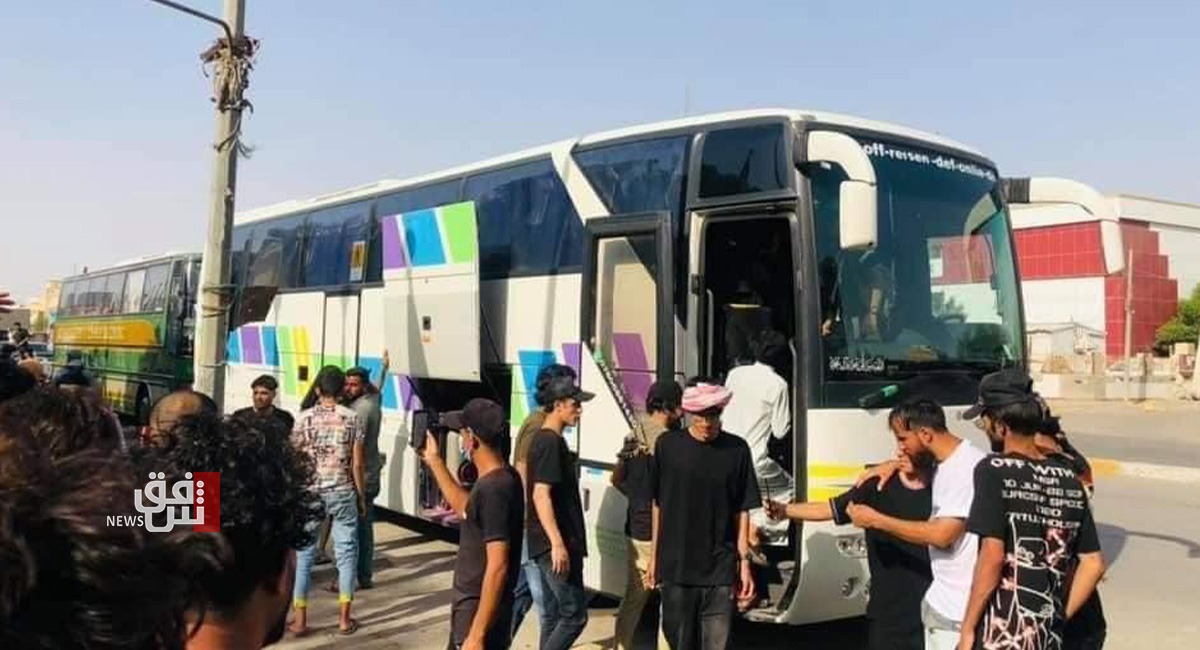 Shafaq News / Dozens of citizens from Dhi Qar governorate joined, on Wednesday, the first group of protesters to support the Palestinian people against Israel.

He stated, "The buses will try to enter the Jordanian lands by force, reaching the Israeli borders, to protest there and deliver a message that Israel must evacuate the Al-Aqsa Mosque and return it to its people, and if Israel refused this, then a man-to-man confrontation could take place."

So far, nearly 450 buildings in densely populated Gaza have been destroyed or badly damaged, including six hospitals and nine primary-care health centers, and more than 52,000 Palestinians have been displaced, the U.N. humanitarian agency said.

The damage has left large craters and piles of rubble across the coastal enclave, and deepened long-running concerns about living conditions in Gaza.

Gaza medical officials say the Palestinian death toll includes 63 children, and that more than 1,500 people have been wound since the fighting began. Israeli authorities say the death toll in Israel includes two children.