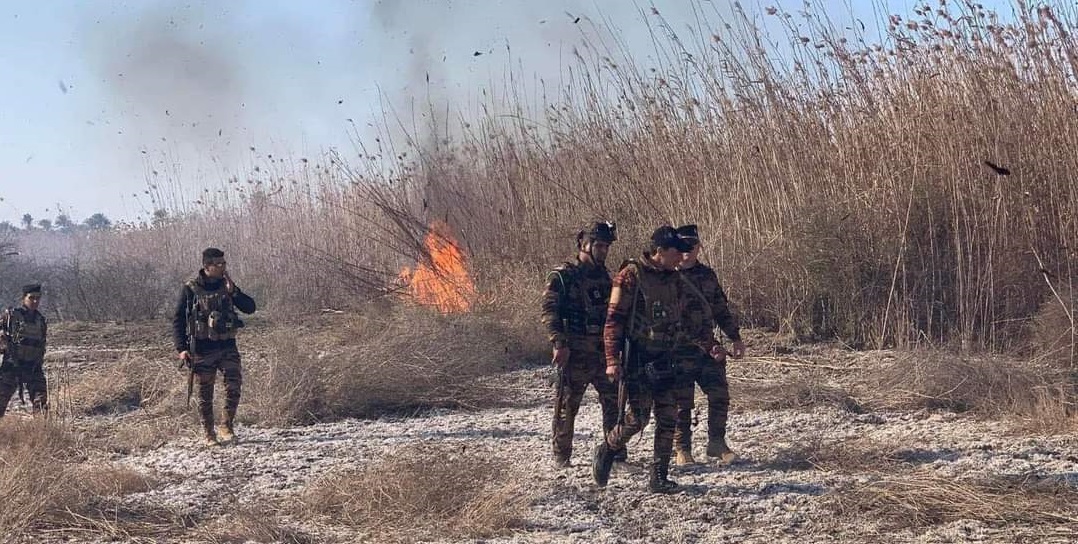 Shafaq News/ Iraqi security forces launched a preemptive large-scale security operation to purge the outskirts of Saladin and Diyala from the remnants of ISIS infesting the security-turbulent area.

A security source in Diyala told Shafaq News Agency that the Iraqi army forces, enforced by Explosive Ordnance Disposal squads, carried out a comprehensive campaign to clear al-Udhaim basin near borders with Saladin.

The security forces managed to destroy sites used by the extremist group's militants as hideouts and "torched the dense jungles to hinder them from sheltering inside."

In Saladin, a force from the governorate's Emergency Police launched a series of operations to search and clear the farmlands and remote areas alongside the Tigris river.

"The dense jungles at the banks of the river were set on fire to deprive the terrorists of the privilege of shelter and under-the-radar movement," a source said.

Diyala outskirts have long been one of Iraq's most problematic in terms of ISIS activity, with areas disputed between the central government and the Kurdistan Regional Government resulting in security gaps and issues with intelligence sharing.

The governorate's border areas with Saladin have been a launchpad for ISIS cells to conduct hit-and-run attacks and kidnappings. It was where the Jordanian-born leader of al-Qaeda in Iraq, Abu Musab al-Zarqawi, was killed in a 2006 airstrike.

Repeated operations by the regional operations command, which often finds large weapons stashes, have failed to entirely eliminate the cells.