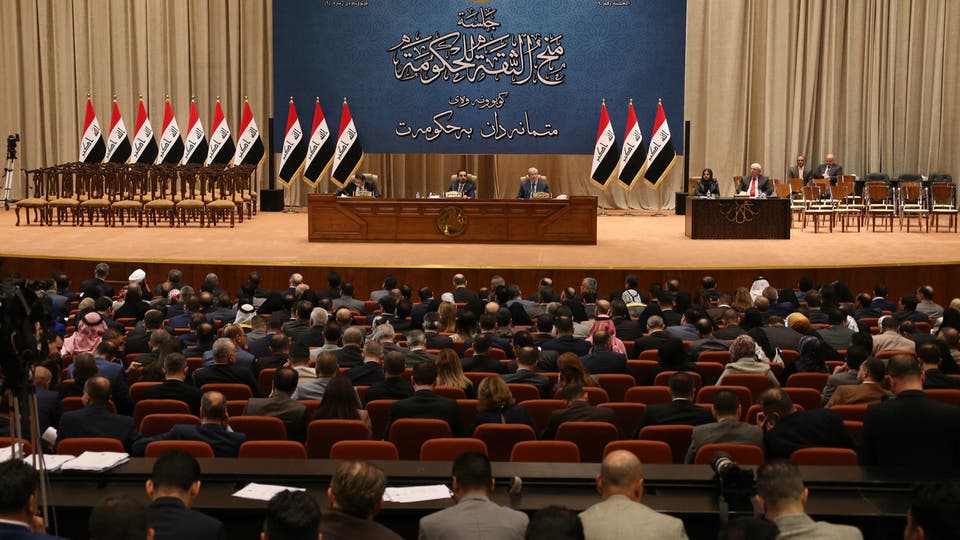 Shafaq News / The "Al-Fatah" alliance, led by the Secretary-General of "Badr" Organization, Hadi Al-Amiri, ruled out today, Thursday, that the Iraqi Parliament will hold its sessions during the coming period.

The deputy of the Alliance, Mukhtar al-Mousawi, told Shafaq News agency, "The Iraqi parliament is unable to hold its sessions during the coming period, due to the presence of multiple Covid-infections among the MPs and even parliament employees, so there is fear of some deputies from attending."

He stated that "even if the Presidency of the Iraqi Parliament invites the deputies to attend the session, the quorum is most likely not to be achieved, due to the boycott of the deputies, as there is information that the session on Saturday will not be held and will be postponed for several days for the same reason.”

On Wednesday, the Iraqi Council of Representatives announced the start of its work from the beginning of next week, to discuss the resumption of the sessions.

The Secretary-General of the House of Representatives announced in a statement published by the Council’s Media Department that the new legislative term will start tomorrow, Thursday September 3, and that the House will start its work next Saturday.

A number of members of the Iraqi parliament contracted Corona virus, the most prominent of whom was Deputy Speaker Hassan Karim Al-Kaabi, while the parliamentarian from Diyala Governorate Ghaida Kambash died of the epidemic, to be the first victim of the virus among the more than 300 parliamentarians.

Covid-19: 13 out of 20 Iraqi Governorates recorded no fatalities today