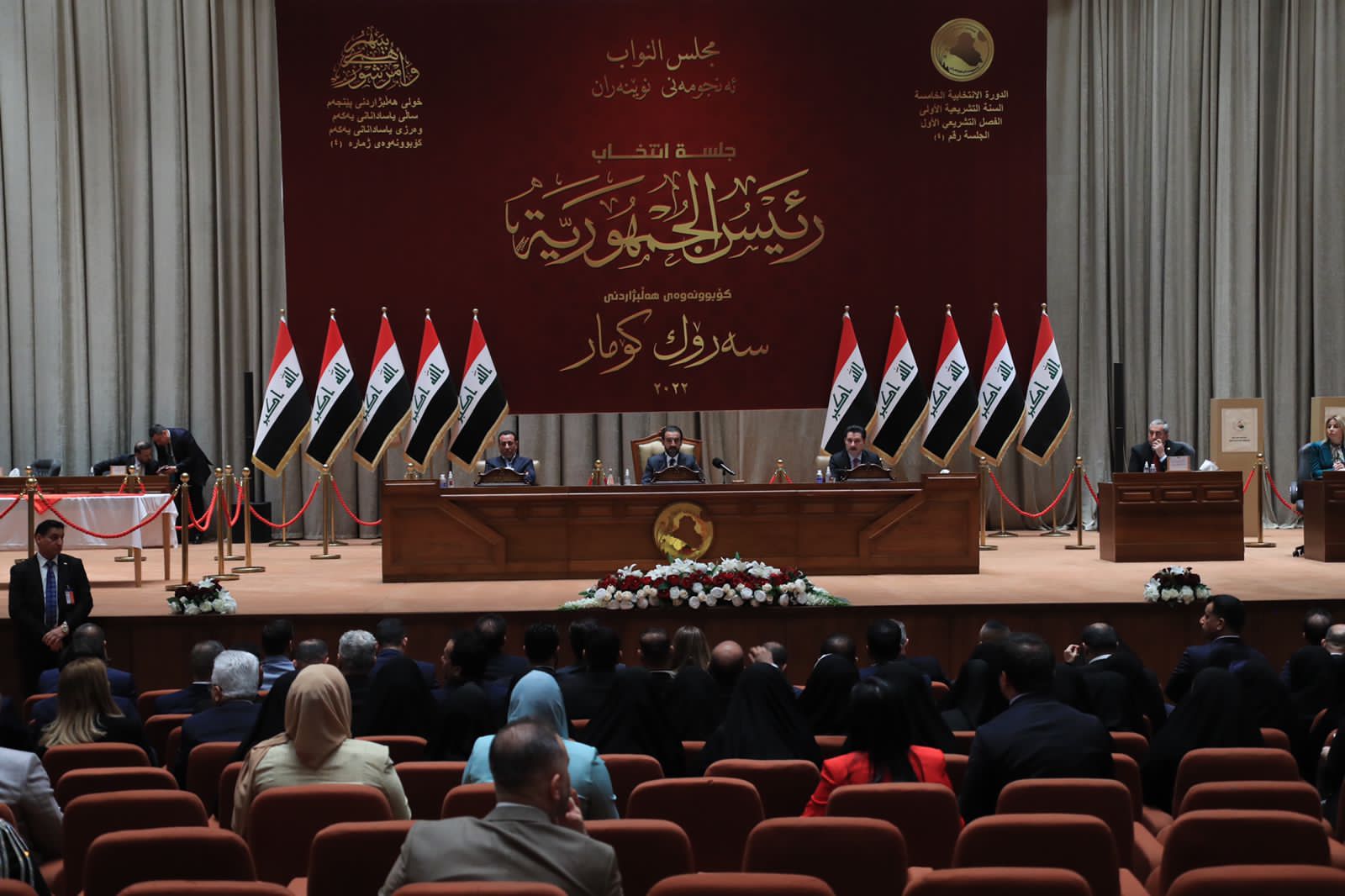 Shafaq News/ Iraq's Parliament convened on Thursday to vote in replacements for 73 lawmakers who resigned earlier this month.

Speaker Mohammad al-Halboosi inaugurated the session in the presence of 202 lawmakers.

The new members of the assembly will be sworn in, according to the session's agenda.

The agenda includes finalizing amendments on laws and passing the internal law of the parliament.

The parliament presidium invited the losing candidates who came second to the resigned Sadrist lawmakers in the October election to attend the session. Six candidates refrained from participating in the session.

Muqtada al-Sadr, a maverick politician with a large following, emerged as the biggest winner in general elections held in October, but has been unable to cobble together a coalition that can form a majority government.

He has been locked in a power struggle with internal Shiite rivals backed by Iran, preventing the formation of a new government.

Two weeks ago, he ordered lawmakers from his parliamentary bloc to resign in a bid to break the eight-month impasse. The unprecedented move threw Iraq’s political landscape into disarray.

According to Iraqi laws, if any seat in parliament becomes vacant, the candidate who obtains the second highest number of votes in their electoral district would replace them. In this case, it would make al-Sadr’s opponents from the Coordination Framework, a coalition led by Iran-backed Shiite parties and their allies, the majority. This would allow pro-Iranian factions to determine the makeup of the next government.

Even though Parliament is in recess, lawmakers mostly from the Framework alliance called for an extraordinary session Thursday to vote on the new lawmakers.

Al-Hikma MP on Kurdistan's share of the budget: With Dialogue and against arm-twisting

Iran's attack on : Iraqi Parliament to host the Kurdish Minister of Interior

Who will head the first session of the New Iraqi Parliament?