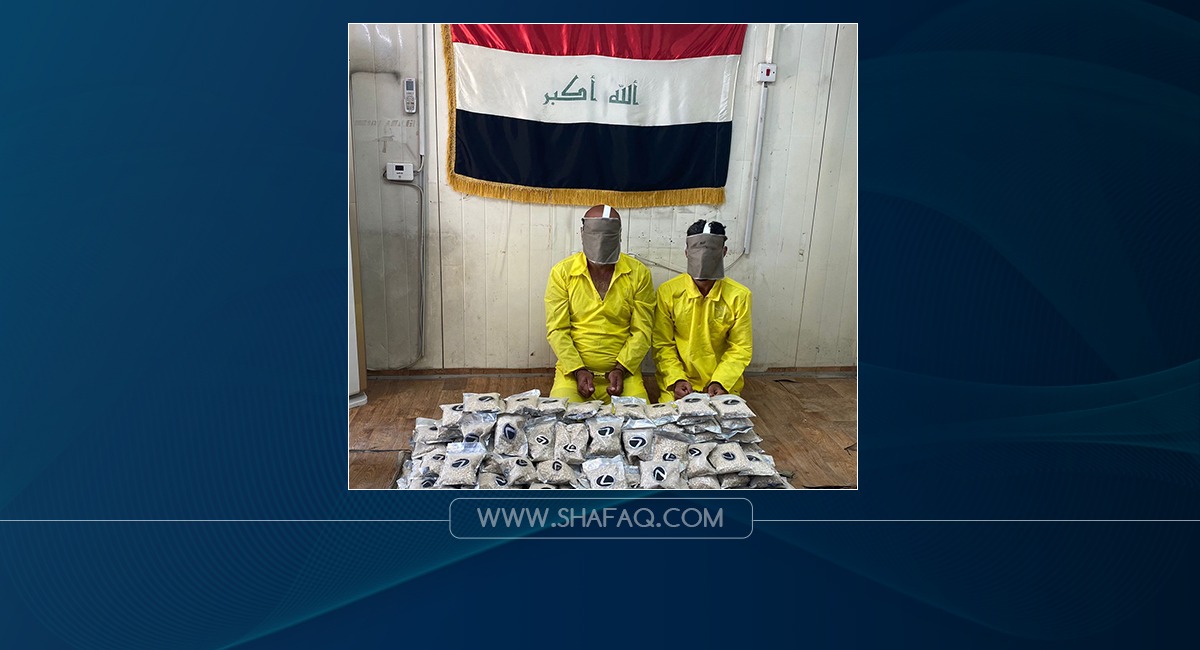 Shafaq News / The Iraqi intelligence agency thwarted today an attempt to smuggle about 100 kg of narcotics into the country, on the Iraqi-Syrian border, within Nineveh Governorate.

The spokesman for the Commander-in-Chief of the Armed Forces, Major General Yahya Rasool, said in a statement that the National Intelligence Service detachments ambushed and arrested two accused of drug trafficking in Rabia district, in Nineveh Governorate.

Rasool added that the perpetrators were caught in possession of 300 bags of narcotic pills, each bag containing 2000 pills, which is equivalent to about 100 kg.