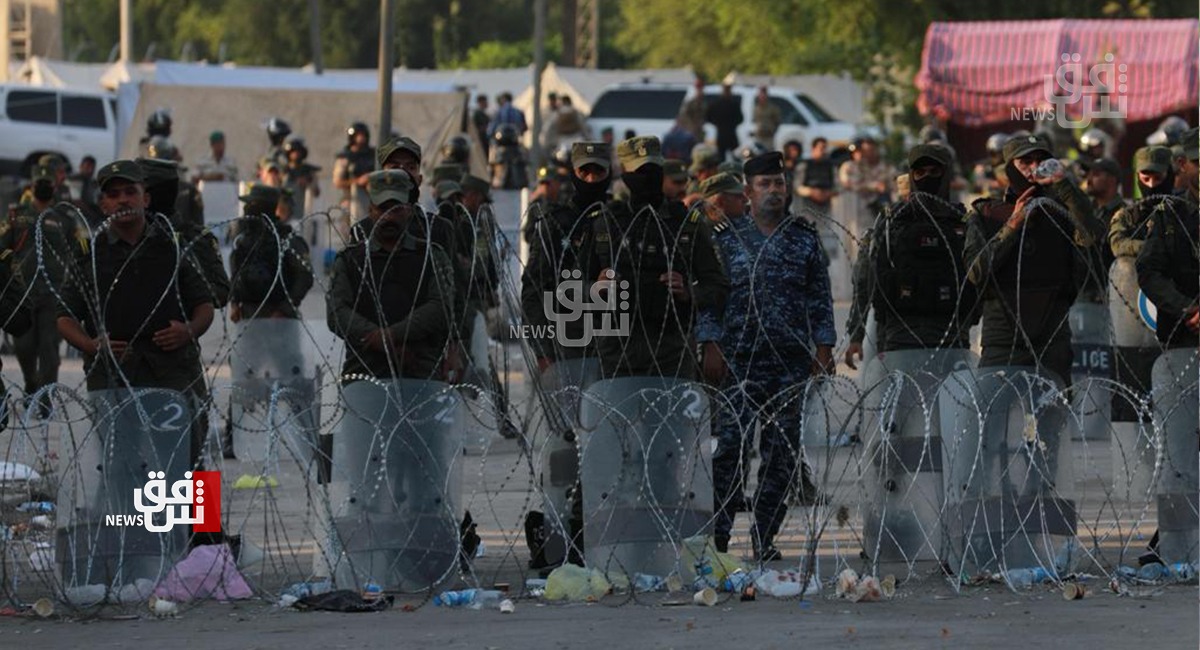 A security source told Shafaq News Agency, "The authorities have tightened security measures inside the Green Zone in anticipation of any emergency, including the possibility of being stormed by protesters camped near one of the Green Zone gates."

The Green Zone includes the headquarters of the Iraqi government, parliament, and foreign diplomatic missions.

This measure comes after the Coordination Framework (Shiite political forces) warned of not implementing the demonstrators' demands and sit-ins at the Green Zone gate.

A week ago, hundreds of supporters of Shiite forces and factions staged a sit-in in front of the suspension bridge, one of the Green Zone gates, expressing their rejection of the results of the recent parliamentary elections and demanding to recount the votes manually.

The leader of the Al-Fateh Alliance, a prominent force of the Coordination Framework, Abu Mithaq Al-Masari, told our Agency, "The 72-hour deadline given to implement the demonstrators' demands has ended, and the Commission and other competent authorities must implement them."

stressing that "failing to implement it will prompt the demonstrators to escalate the protest."

It is impossible to hold fair elections amid the dominance of unrestricted weapons, MP says

A Katyusha missile lands on the green zone in Baghdad

Demonstrators to end their sit-in near the Green Zone

The Iraqi security forces bring reinforcements to the Green Zone