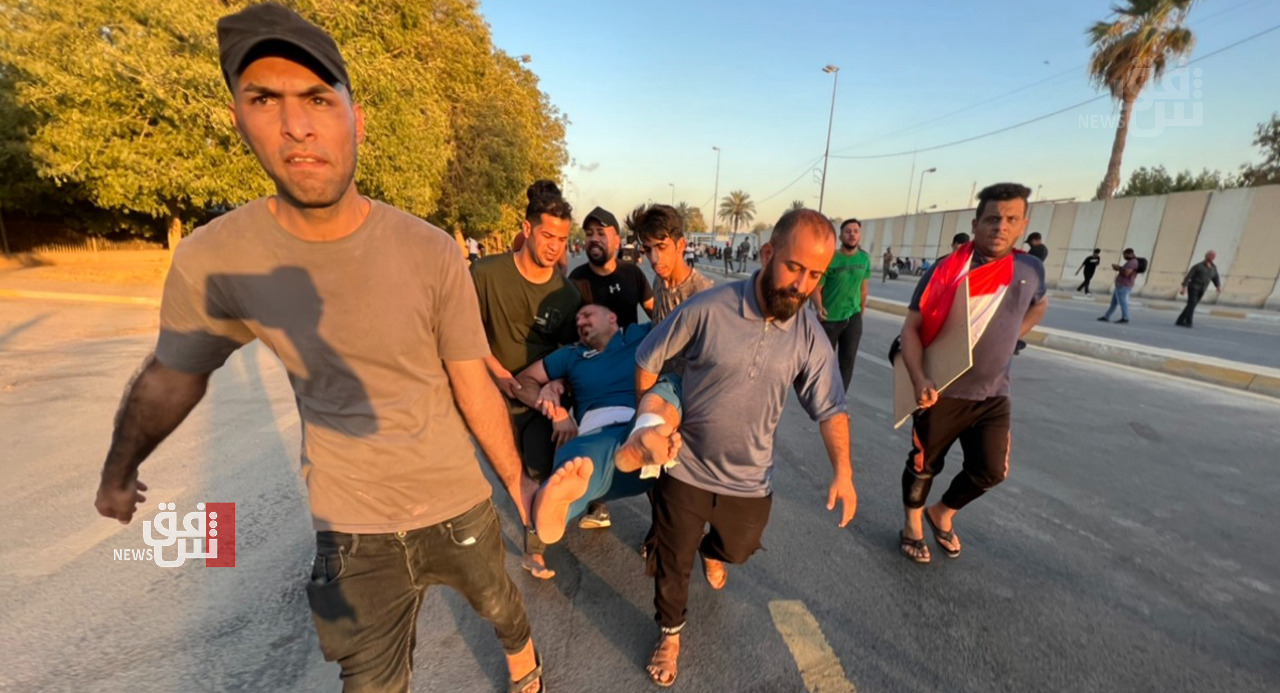 Shafaq News/ On Wednesday, a security source said that demonstrators affiliated with the Sadrist Movement were injured while trying to storm the heavily- fortified Green Zone.

Earlier, the security forces hindered the supporters of the influential Shiite cleric Muqtada al-Sadr from entering the Green Zone in Baghdad.

A source told our Agency that hundreds of troops were deployed at the entrance of the ultra-secure area to handle the demonstrators coming from al-Jumhuriyah Bridge.

Dozens of al-Sadr supporters rallied toward the Green Zone downtown to protest the Coordination Framework's nomination of Mohammad Shiyaa al-Sudani for the premiership.

"Skirmishes" between demonstrators and security forces in Baghdad

Sadrist figure: the government talks will end u with two camps

Sadrist-led government will dilute the power of the PMF, source says