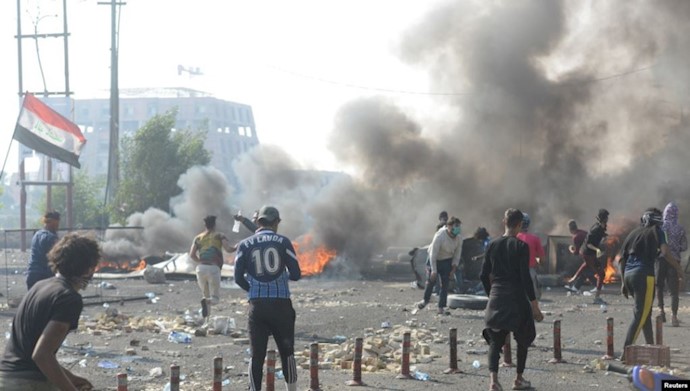 Shafaq News / A member of the Central Committee for Demonstrations in Iraq announced the end of the security pursuit crisis of protest activists in Dhi Qar governorate.

A member of the committee and representative of Al-Muthanna Governorate, Ayham Al-Nuaimi, told Shafaq News agency, "We were able to restore stability in Dhi Qar after two days of work," noting, "the central committee came from all governorates to Dhi Qar and met with the Operations Command and the Supreme Judicial Council in the governorate."

Al-Nuaimi added that several decisions had been reached; the suspension of more than 100 arrest warrants against peaceful protesters and activists in the governorate and the release of all detainees and the opening of investigation councils against those who tortured them.

He added, "It was agreed to end the investigation against officers and army soldiers from the 9th Division who stood with the demonstrators against the Federal Police forces", adding, stressing, "all the uprising revolutionaries must exercise restraint and not be drawn into the discord that seeks to strike the demonstrations in various ways, and try to preserve the security of the city."

On Monday, the security forces in the city of Nasiriyah, the center of Dhi Qar Governorate, fired tear gas bombs to disperse the protesters, who gathered in Al-Haboubi Square, while the security forces launched a campaign to arrest activists in the protests, due to which many of them were forced to leave the governorate and seek refuge in other areas.