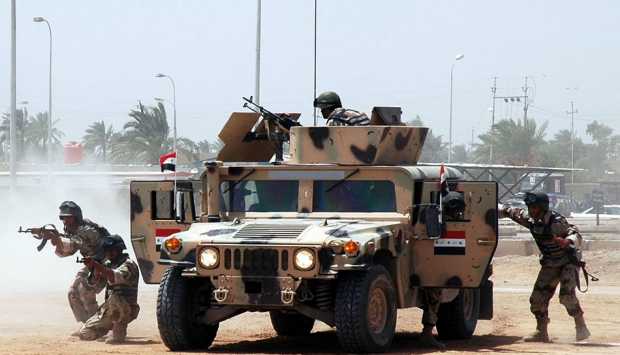 Shafaq News / A local source in Diyala reported on Friday that the Iraqi army thwarted an ISIS attack, northeast of Baqubah.

The source told Shafaq News agency, "ISIS terrorists attacked security points of the Iraqi army in Al-Islah and Sheikh Baba villages, with mortar shells and sniper weapons", adding, "the army forces were unable to reach the terrorists due to their stationing in dense orchards".

It is noteworthy that the areas of the Sheikh Baba Basin have been witnessing security turmoil for more than a year, after ISIS terrorists fleed from the liberated areas to the orchards and agricultural reeds.

The withdrawal of the Peshmerga forces in October 2017 caused a deterioration of the security situation in the vicinity of Khanaqin district and Jalawla sub-district, which did not witness any attacks during the presence of the Peshmerga.

Jalawla district is located 70 km north-east of Baqubah and is inhabited by Arabs, Kurds and Turkmen. The district fell to ISIS gangs in August 2014 before it was freed in November of the same year.

Iraqi Army to launch operations on the borders with Syria, Source says