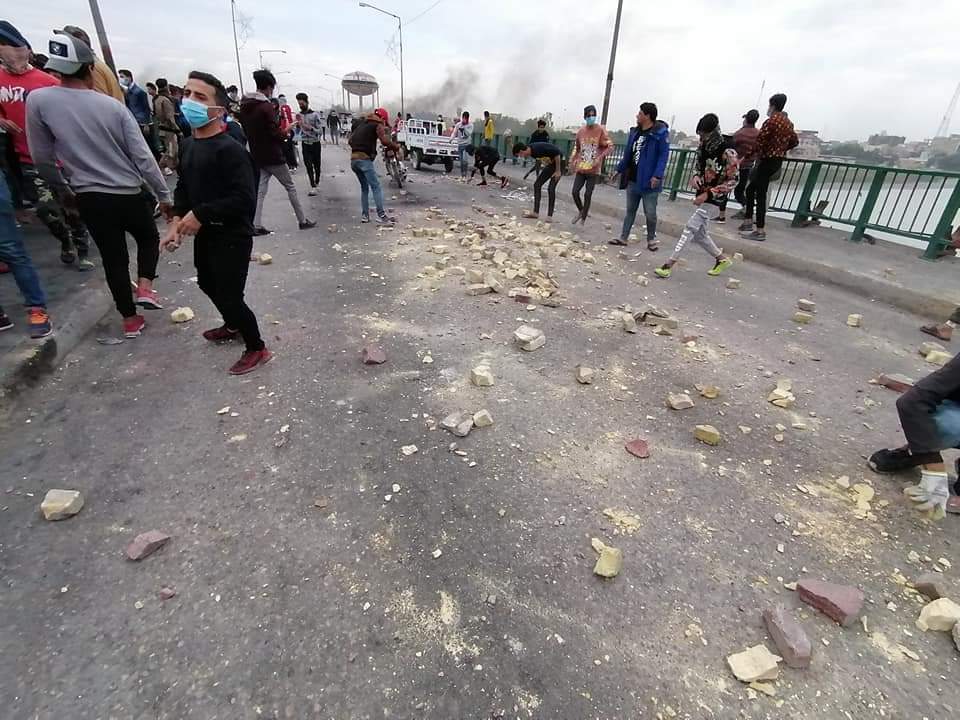 Shafaq News / A source in Dhi Qar reported that more than 63 demonstrators and security personnel were injured during the clashes with the security forces in the governorate.

Earlier today, Iraqi security forces fired live ammunition to disperse protesters in Nasiriyah, facing off with dozens of people who pelted them with stones.

A source told Shafaq News Agency that eighteen were injured in the clashes between security forces and protestors demanding the dismissal of the incumbent governor, Nazem al-Waeli.

Today's clashes mark the third day in a row in the southern governorate, when protestors railed against the governor, Nazem al-Waeli, and blocked the Victory "Al-Nasr" Bridge downtown the city of Nasiriyah amid clashes with the security forces.

Two protestors were killed, with several others injured in bloody confrontations with security forces in Nasiriyah over the past two days.