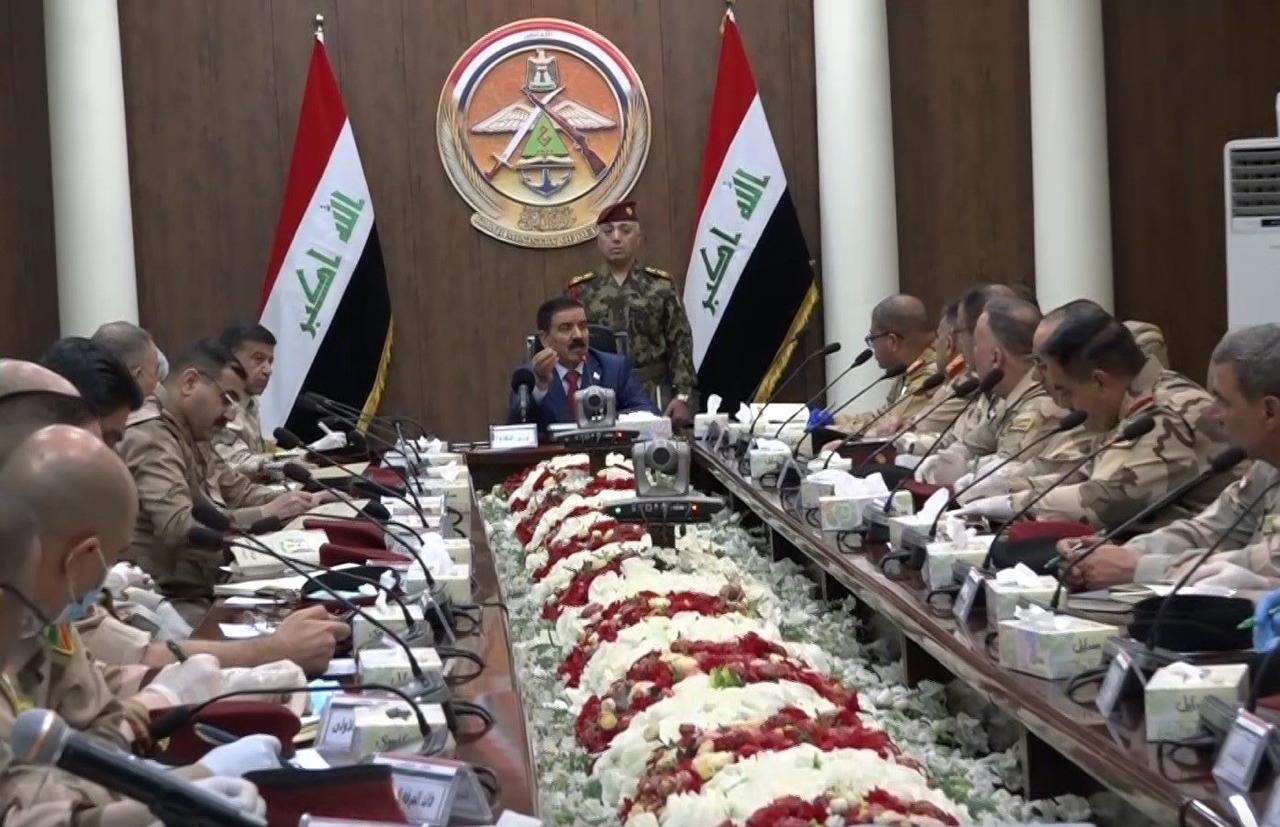 Shafaq News / Sayyid al-Shuhada Brigades commented, on Wednesday, on the Iraqi Defense Minister, Jumaa Anad, about a possibility of triggering a civil war in Iraq due to the missile strikes targeting embassies and diplomatic missions in Baghdad.

The spokesman for the Brigades, Kazem Al-Fartousi, told Shafaq News Agency, "These statements may indicate to preparing for a specific action against specific parties."

Al-Fartousi stated that "there are no indications of any civil war, and that is why there is no need to announce such statements by the Minister of Defense," adding that "these are rejected and irresponsible statements."

"The factions will not target any Iraqi, under any circumstances and at any time, our weapons are only to resist the occupier," he added.

Earlier Wednesday, Inad said in televised statements, that "targeting the Green Zone and diplomatic missions may conduct the country into a civil war in which Iraqi citizens are the victims," ​​noting that "we will not allow anyone to drag us to an armed clash."

Kata’ib Sayyid al-Shuhada (KSS), or “The Masters of the Martyrs Brigade,” is a Shiite armed organization operating in both Syria and Iraq.

Spokesperson of a "Resistance Faction" reveals the U.S. embassy location in the response equation