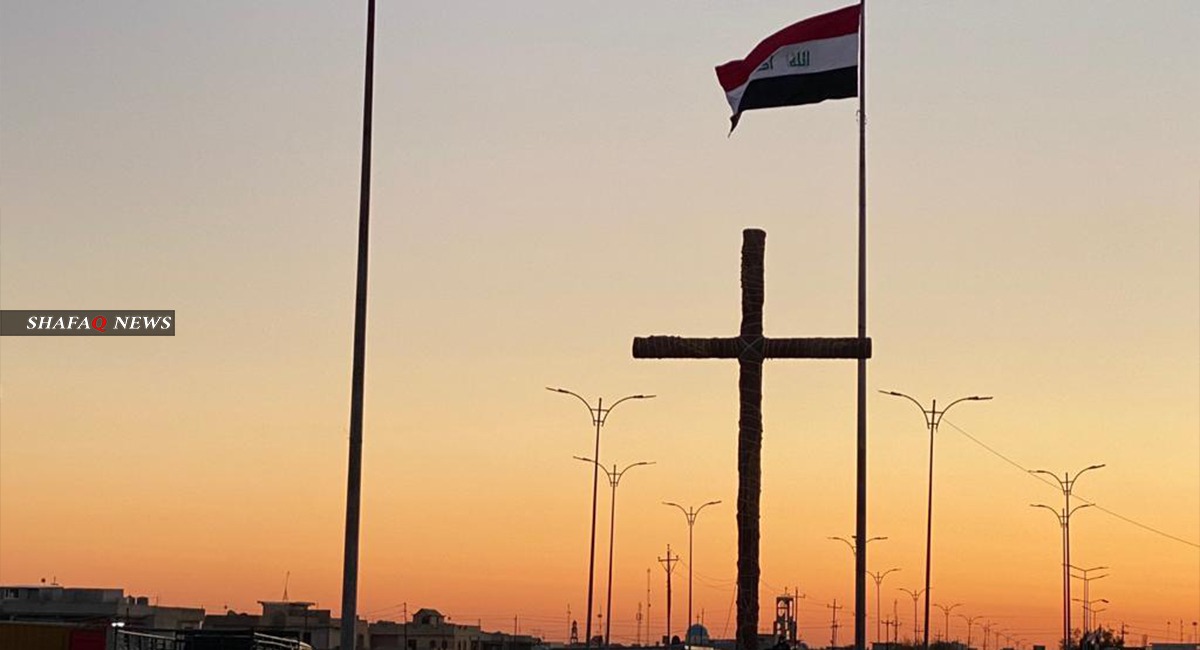 During the mass, Security forces deployed in the vicinity of churches in Hamdaniyah center

Iraq limited outdoor gatherings as a part of coronavirus restrictions.

Iraq is home to many different eastern rite churches, both Catholic and Orthodox, traditionally a sign of the country’s ethnic and religious diversity.

But war and sectarian conflict shrank Iraq’s Christian population from 1.5 million to about 400,000 after the U.S.-led invasion in 2003. Following the onslaught ISIS in 2014 and the brutal three-year war that followed their numbers have fallen further, though it is not known exactly by how much.

Iraq declared victory over the militants more than a year ago, but the damage done to Christian enclaves on the Nineveh Plains has been extensive.

Earlier this month, the Iraqi parliament approved the birthday of Jesus Christ (Prophet Issa) as an official yearly holiday.