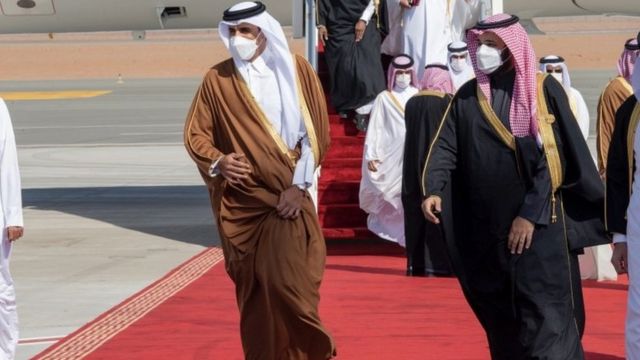 Shafaq News / the Iraqi government on Friday welcomed the return of relations between Saudi Arabia and Qatar.

The Iraqi foreign ministry said in a statement , "We highly appreciate the efforts of the State of Kuwait in this regard, which led to a comprehensive reconciliation between Qatar and Saudi Arabia."

Saudi Foreign Minister Faisal bin Farhan announced during a press conference after the Gulf Cooperation Council summit the restoration of full relations between the two countries, including flights.

Saudi Arabia, the UAE, Bahrain and Egypt cut ties with Qatar in 2017, accusing it of supporting terrorism.

The four countries had taken measures to boycott Qatar, including closing their airspace to Qatari planes, preventing economic exchange with the UAE.

Saudi Arabia also closed its airspace, so Qatari planes were forced to fly over Iran, the traditional rivals of Riyadh .

PM Barzani: we stand with Saudi Arabia against Terrorism