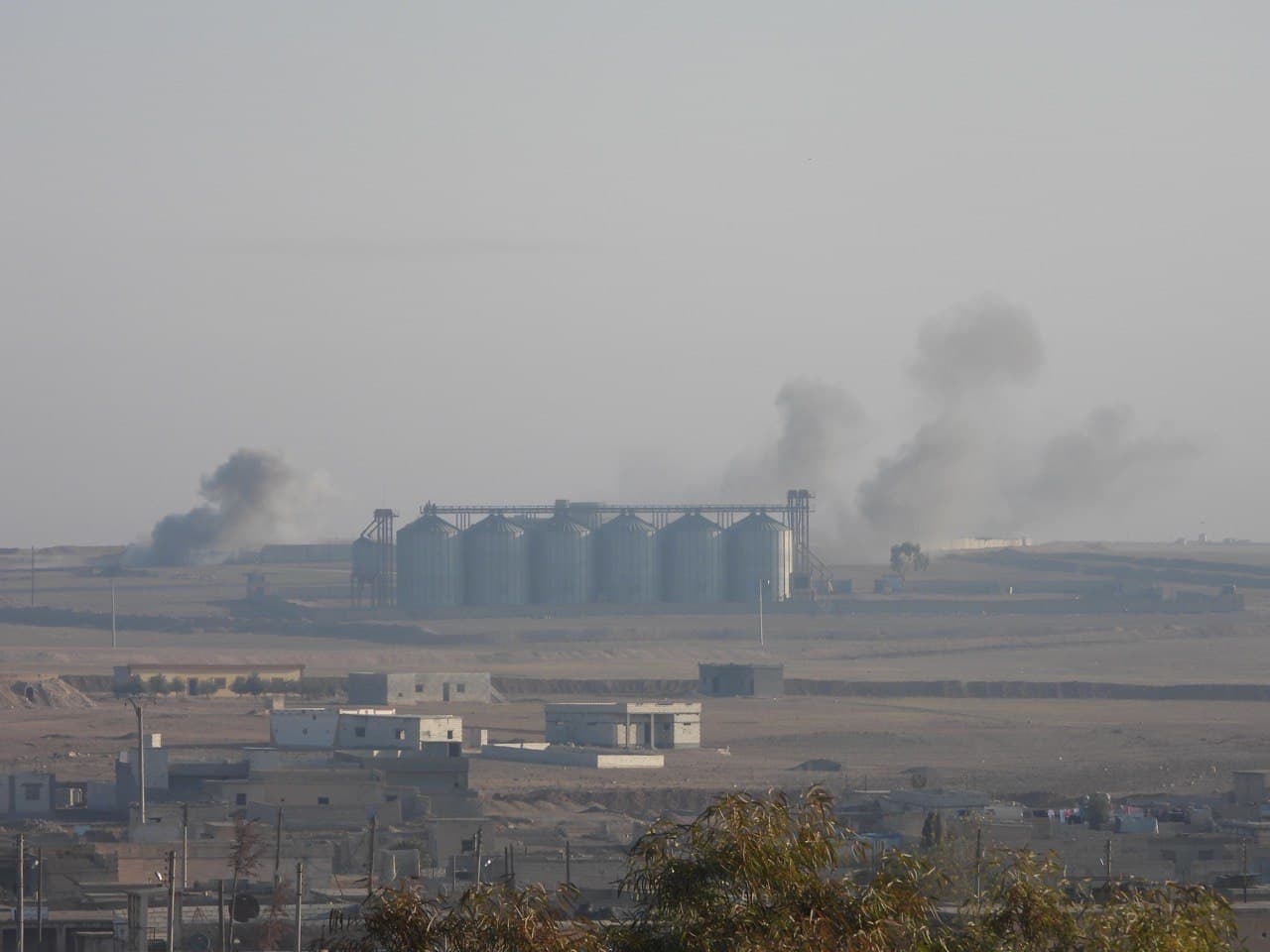 Shafaq News/ On Wednesday, the Iraqi security authorities opened an investigation into the attack targeting the "Ain al-Assad" base.

In a statement, the Security Media Cell said that the Iraqi military started a search operation after "outlaw elements" fired five rockets that landed near the airbase's perimeters.

Five rockets landed inside the Ain al-Asad military base, which hosts the U.S. and other international forces in the governorate of al-Anbar in Western Iraq, a security source revealed on Wednesday.

The source told Shafaq News Agency that the C-RAM defense system was activated in response to the attack.

Eyewitnesses told Shafaq News Agency that the rockets were launched from the back of a KIA vehicle in al-Bastamiya village, 25 kilometers west of the al-Heet district.

The rocket attack near Ain al-Asad comes on the day after two explosive-laden drones were also shot down on Tuesday by Iraq's air defenses as they approached the Ain al-Asad airbase, which hosts U.S. forces, west of Baghdad.

For its part, the Global Coalition reported that "at 6:45 pm on Wednesday, the outlaw militias launched five missiles towards Ain Al-Assad."

"These missiles fell about two kilometers from the base…another reckless act that could have caused severe damage to innocent Iraqi civilians." The Coalition added.

An explosion targets a convoy of the Global Coalition Baghdad