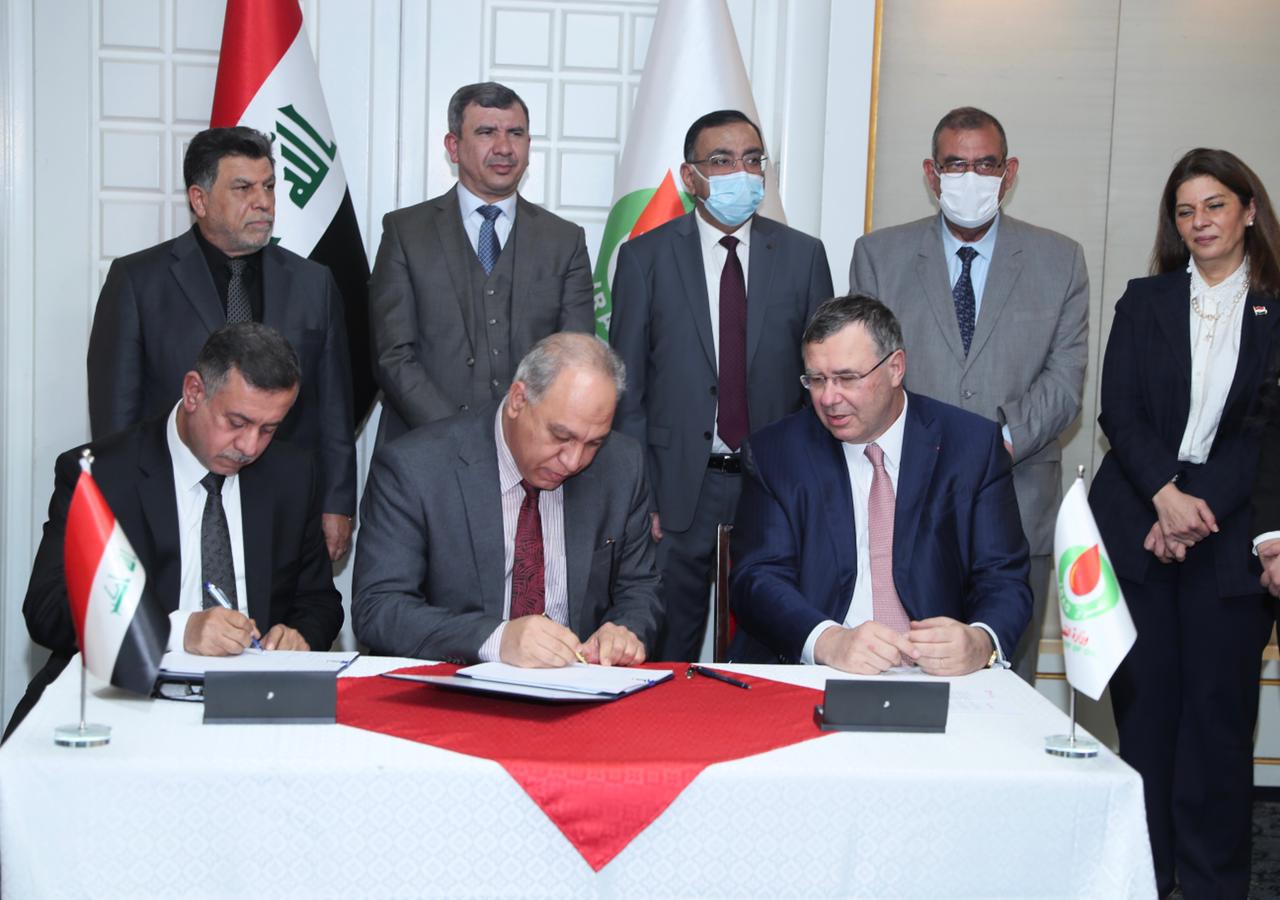 Shafaq News/ The Iraqi ministries of oil and electricity signed on Monday an agreement with the French company "Total".

Oil Minister Ihsan Abdul-Jabbar confirmed, "The agreement was signed to implement four projects, a project to establish complexes and units for treating and investing associated gas with a capacity of 600 million standard cubic feet, the seawater project, the Ratawi field development project, and the solar energy project for the Ministry of Electricity with a capacity of 1000 megawatts."

He indicated that the agreement will be presented to the Council of Ministers for approval.

For his part, Total CEO Patrick Pouyanne said the French Company has held talks with the Iraqi side to implement the gas investment project confirming that there are other projects including raising the production from one of the oil field and generating electrical energy using solar energy."

Pouyanne considered the agreement with Iraq as “an important step will be followed with others” noting that his company is "serious about implementing the project."

It’s noteworthy that these projects are some of the largest Total projects outside France.

The cabinet: France and Iraq relations extend many years

Iraq to cooperate with France in several fields